How Crowdfunding is Helping Engineers 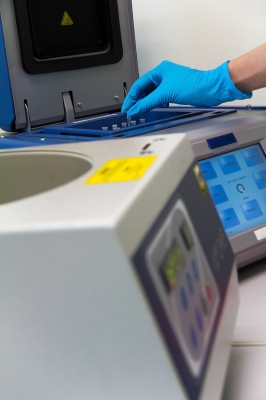 A new trend that's becoming popular among wealthy investors is crowdfunding. Science, engineering, and technology are all industries that have benefited from a collective network of individuals who have pulled their money together to support a project. Typically, these are innovative projects that wouldn't continue without outside funding. Not only does the crowdfunding process keep engineers employed, but it also helps science and technology advance at a faster pace.

According to a recent article on RT.com, individual investment via the Internet will become one of the key funding sources for businesses and has become a multibillion dollar industry in 45 countries. People aren't just using crowdfunding for business; it's also used for fundraising and personal endeavors. In fact, on an episode of 2 Broke Girls, the character Caroline Channing visits a fictional crowdfunding website in an attempt to raise $1,500 for a new pair pants. However, crowdfunding science and technology start-ups allows engineers to raise money when research and development budgets are tight.

Over the past century, the United States has been a global leader in innovation—partly because of the adventurous spirit of American entrepreneurs and partly because of the nation's investments in science and technology. However, over the past decade, those investments have significantly declined because government officials have allocated these funds to help cut debt and reduce costs. Allowing individuals from around the world to participate in crowdfunding science and technology ideas gives entrepreneurs the money needed to hire people to turn their visions into realities, creating more job opportunities for engineers. Also, because many of the ideas funded are developed by individuals, engineers have the opportunity to work in a freelance capacity instead of working directly for a company.

Some engineers have been using crowdfunding to raise the funds needed for projects that interest them, creating their own job opportunities. For example, Elon Musk, Chairman and CEO of Tesla Motors, wanted to raise money to make his Hyperloop transportation system—a tube system that could transport passengers from San Francisco to Los Angeles in 30 minutes—a reality. Along with two of the top engineers in the United States, Dr. Marco Villa and Dr. Patricia Galloway, Musk is raising funds via websites that are popular sources for crowdfunding science and technology projects to begin the research and development stage of the project. Without crowdfunding, the project probably wouldn't proceed, and both Dr. Villa and Dr. Galloway would need to find other projects to work on.

While people don't always use crowdfunding for business purposes, the trend is a great way for engineers to get funding for important projects. Raising money by crowdfunding science and technology inventions doesn't only help engineers; it helps the entire industry.

From Cozmo to Vector: How Anki Designs Robots With Emotional Intell...
news via Design News