How Feasible are Amazon's Drones? 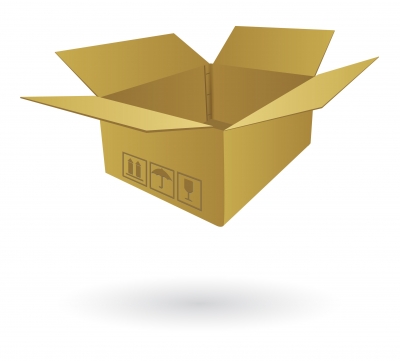 Jeff Bezos is known for making overarching promises, but he's also known for delivering. When he announced a future Amazon drone shipping program on television in late 2013, the Internet went wild. The prospect of drone delivery had science fiction aficionados predicting disaster, engineers salivating at the potential details, and the general public planning ways to commandeer these futuristic deliverymen. Hype aside, many in retail wonder how feasible the Amazon drone project really is.

When Bezos announced the drone delivery program, his television appearance was accompanied by a video that showed what he called the octocopter in action. Though the video proved the drone was capable of picking up, carrying, and delivering a small package, Bezos clarified that the project definitely comes with limitations. Each of the octocopters has a limited range of a ten-mile radius, and the drones only have the power to support five-pound loads. Bezos says that 86 percent of Amazon deliveries fall within the five-pound limit, but mileage limits and battery life are still likely to keep the Amazon drone project grounded for the foreseeable future. A number of other considerations, such as FAA regulations and logistics, cause experts to doubt Bezos' estimated 2015 launch for the drone project.

A timeline of a few years may or may not be feasible for the Amazon drone launch. Surprisingly, the FAA is on board with privately owned drone projects. The first commercial unmanned aircraft projects were approved during the fall of 2013. Now, six research facilities have been granted access to airspace for drone and unmanned aircraft testing. Test organizations with FAA approval include Virginia Tech, Texas A&M, Griffiss International Airport, the state of Nevada, the University of Alaska, and the Department of Commerce for the state of North Dakota. According to Michael Huerta, an administrator for the FAA, private organizations like Amazon can contract with the approved test sites to develop their own testing protocols. The test sites are approved until at least February 2017.

In the meantime, other entrepreneurs and businesses are working on close-to-instant delivery options. In the wake of the Amazon drone announcement, UPS said it would be working on the possibility of unmanned aircraft delivery. Google, however, may offer a more realistic option for immediate implementation. Google owns a large portion of a ride-sharing company known as Uber, which lets professionals in metro areas catch on-demand rides into and out of the city. Uber showed its potential when it leveraged its network of drivers to deliver on-demand flowers for Valentine's Day. Forbes contributor TJ McCue speculates that small and medium-sized retailers, which would be unlikely to have the resources to compete with air delivery, could use other options such as Uber to provide Amazon-level services to local consumers.

Whether or not the Amazon drone project is feasible remains to be seen. Even so, the Amazon announcement has spurred conversations regarding delivery options across the retail industry. Consumers may never see boxes dropping from the sky, but they'll likely see faster delivery times in the near future.