How GM's Culture Led to Its Current Situation 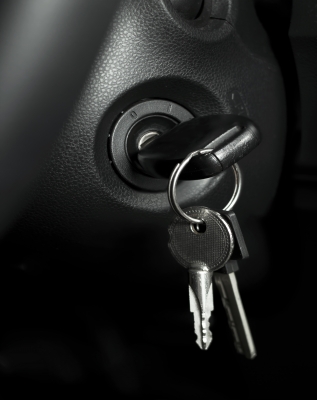 General Motors has not been having a good month. The company announced recalls related to air bag failures in early June 2014, and on June 25, asked dealers to stop selling all 2013-2014 Chevrolet Cruzes due to potentially defective air bags. GM's current situation is not limited to air bag recalls; in mid-June, the company began recalling 3.4 million cars due to ignition switch issues.

Although nearly all car manufacturers issue recalls at some point, GM's current situation is potentially associated with larger company culture issues. GM issued 44 separate recalls during the first half of 2014, which suggests that there is a larger problem to be addressed.

General Motors has been working hard to expand manufacturing and push innovation in its research and development, particularly in the area of energy efficiency. However, this hard work seems to be associated with a number of mistakes.

Some of the mistakes that led to GM's current situation appear to come from GM management. On June 23, General Motors announced that it was replacing its North American manufacturing vice president. Cathy Clegg, a 31-year GM veteran who was previously a global manufacturing engineering vice president, is moving into the position. Clegg replaces Gerald Johnson who is transitioning into a newly created position as vice president of operational excellence.

Gerald Johnson held the manufacturing VP role for just one year, and according to The Detroit News, was "mentioned in GM’s investigation into the ignition switch recall." The investigation report suggests Johnson did not appropriately participate in a meeting convened to determine whether to recall cars.

Although Johnson's participation in a single meeting is clearly not the determining factor behind GM's current situation, the management shift suggests that GM is trying to improve its situation by creating new positions and adjusting the responsibilities given to its management team. As part of this process, GM's CEO Mary Barra has fired 15 executives associated with recall problems.

Barra also commissioned an investigation to determine which aspects of company culture were contributing to the high recall count and the other GM issues that contributed to GM's current situation. The investigation returned information suggesting that both engineers and managers did not take appropriate action to fix problems before they became larger issues. The investigator, former U.S. Attorney Anton R. Valukas, proposed improving GM's culture by emphasizing personal responsibility and increased awareness, and improving the process for how safety is confirmed and defects are identified.

GM's current situation is troubling, but an emphasis on improving management and culture may lead to fewer recalls and better overall performance. The car manufacturer has the chance to identify and fix the process and communication errors that led to recalls and other issues, and top management appears to be taking the necessary steps to make that happen.

Photo courtesy of winnond at FreeDigitalPhotos.net

How GM went from bankrupt and on the brink of death to being one of...
news from Markets