How Healthcare Job Growth Breaks Down 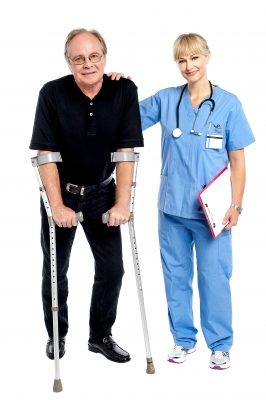 Since the introduction of the Affordable Care Act in March 2010, more than 1 million health care jobs have been created. However, not all health care employers are hiring. While home health jobs and jobs in doctor's offices have increased in number, hospital job growth is almost flat.

Forbes recently released a jobs report that revealed a loss of more than 7,000 hospital jobs during July 2014. During the same period, doctor's offices and home health employers hired more than 13,000 new health care workers. These figures continue the trend of the last couple of years, during which time hospital job growth has been nearly flat, despite a dramatic increase in other health care jobs during the same period.

Several factors could explain the recent slow-down in hospital jobs growth. First, the Affordable Care Act has put additional financial pressures on many hospitals, particularly those in states that decline Medicaid. The years from 2009 to 2012 also saw a lot of hospital mergers and acquisitions, which can lead to a reduction in the total number of staff members required.

Another important factor is that some areas of health care are moving out of hospitals to outpatient clinics, or even to patients' homes. The growth in at-home care has many advantages for patients and has also been responsible for a huge boom in home health care jobs. However, the opposite side of this trend is that hospital job growth has slowed almost to nothing. During the last two years, the number of hospital health care jobs has grown by only 0.3 percent, compared to 9 percent in outpatient clinics and home health.

Some experts argue that the decline in the growth of hospital jobs is actually a positive trend. Amitabh Chandra, an economist at Harvard, described the health care jobs figures as a sign of increased efficiency in hospitals. The decline in growth could be a sign that hospitals are becoming more efficient, perhaps through mergers or greater specialization.

Health care professionals need to respond to the trend of moving medical care away from hospitals to outpatient clinics or the home. Although hospital jobs are declining, the Bureau of Labor Statistics expects the demand for home health workers to increase by 70 percent between 2010 and 2020. Home health care professionals need a slightly different set of skills than their colleagues working in hospitals, such as the ability to work independently, strong organizational skills to make sure they always arrive on time and with the right equipment, and communication skills to help them work with patients and their families in the intimate setting of the home.

Headline figures of an overall growth in health care jobs do not tell the whole story. While hospital jobs are declining, job opportunities for home health workers are growing strongly. Medical professionals need to take these figures into account when planning their career goals.