How Job Seekers Today Differ from Past Generations 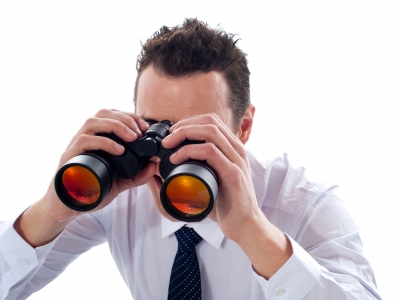 If you think job seekers today have it harder than previous generations, you're probably right. Today's job seekers have to be prepared to start in any available industry, make lateral moves every few years and treat themselves as the CEO of their own personal brand. Job seeking is not like it was a few generations ago, and because of that, the job seekers have changed as well.

A few generations ago, the average job seeker only applied to a small handful of jobs. Often, a person got hired simply by walking into a business and asking if any positions were available. Once hired, people tended to continue working for the same company for decades. A recent Mindflash infographic noted that, prior to 1999, "most people stayed at one job for their entire career."

Those days are over. Now, a job seeker must expect to apply to dozens, if not hundreds of jobs before receiving an initial interview. Nearly all job applications are completed online, meaning that people are now able to apply to jobs located anywhere in the world, but they're also competing with job seekers across the world, too.

Today's job seekers are often extremely well prepared, since basic job hunting information, such as common interview questions and answers, is freely available online. They are also willing to take jobs in any available industry, a change from previous generations who often narrowed their search to reflect a specific interest or college degree program.

Job seekers are also more likely to realize that the job search never really ends. Even after they complete the interview process and get hired at a new job, they expect to transfer jobs every few years. Sometimes job seekers transfer jobs because they're looking for new challenges, but workers must also be prepared to transfer jobs after company restructurings or layoffs. Very few people stay at one job for their entire career.

The Millennial generation is changing job hunting even further by taking advantage of what is called the gig economy. In the gig economy, you don't have one single job. Instead, you create a career out of many smaller jobs or freelance opportunities. This younger generation understands that they will have many jobs over the course of their career and that their goal is to create a personal brand to help them build connections and get new gigs when they need them.

The nature of job hunting has changed significantly, meaning that today's job seekers must be prepared to apply to a wide variety of jobs, take careers in different kinds of industries and even follow the Millennial generation's example and create their own jobs via the gig economy. Yes, job seekers are different now, but it's because they've found ways to adapt to the changing job market.