How Long Should Maternity Leave Really Be? 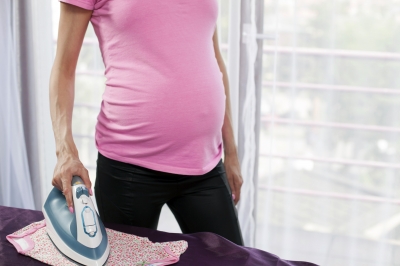 In the United States, the Family Medical Leave Act requires employees to provide a minimum of 12 weeks of unpaid maternity leave for mothers to take care of newborns or newly adopted children. Sometimes, the financial practicality of time off to care for children shortens the time mothers actually take off work.

Vodafone Group announced all of its international companies must give women 16 weeks of paid maternity leave by the end of 2015, a move seen as a first around the world. The company has 90,000 workers worldwide, and only 500 in the United States, but the benefits to new mothers represent a substantial increase.

New mothers at Vodafone get to return to their jobs four weeks later than the U.S. mandate, and the mothers do not have to worry about losing salary. For six months following the return from maternity leave, mothers get to work 30 hours per work while maintaining 40-hour pay. The idea is to ease the transition back to work.

Sharon Doherty, a director at Vodafone who was part of crafting the new policy, noticed trends in retention rates in countries that require paid maternity leave. Female employees at Vodafone stayed with the company longer after becoming mothers in Italy, Romania and Portugal. These countries require companies to have transition policies in place for new mothers. In the past, 65 percent of women who left the company after having children did so within one year.

Vodafone wanted to improve retention rates for full-time employees who become mothers, and the new maternity leave policy addresses that issue. The previous policy gave mothers 60 percent of their full-time salary for 12 weeks, but no transition time for when they returned to work.

Vodafone's new policy bucks trends in American companies. Only 12 percent of American firms offer paid leave, and the average length of such time off is seven weeks. Google leads the pack by giving employees as much as 18 weeks of paid time off due to giving birth.

Preparation is one key to successful family leave. Mothers who want to take the full amount of time often must set aside enough money, sick days, disability leave and paid vacation days to earn some kind of income during that time. Reducing expenses during a pregnancy leads to more savings when mothers have time off from companies that do not offer paid leave.

Job hunting while pregnant presents a new set of dilemmas. Even though companies cannot discriminate against women who are pregnant, concerns about future family leave may creep into the minds of hiring managers and recruiters. Pregnant women who do not tell prospective employers that a baby is on the way have limited amounts of time to prove their worth. Future bosses may appreciate a prospective mother's honesty about her situation and see that as a perk rather than a liability during the interview process.

Photo courtesy of patrisyu at Freedigitalphotos.net

Breastfeeding: How Come I Can't Quit You?
news via Refinery29