How Lululemon and American Apparel Are Fighting for Survival 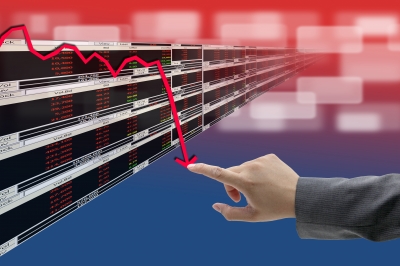 In the past year, Lululemon Athletica and American Apparel have struggled to overcome bad publicity. Recently, both companies faced trouble from their respective founders, causing another influx of negative press. With the latest bout of bad news, the two apparel businesses are fighting to survive.

In 2013, Lululemon Athletica came under fire for selling yoga pants that became see-through when the wearer bent at the waist during yoga poses. To make the issue worse for angry consumers, the store's founder, Chip Wilson, responded with a comment that suggested that some women's bodies did not belong in yoga pants. In response, many consumers stopped shopping at Lululemon, causing stock prices to drop dramatically. Wilson was forced to step down from his position as company chairman. A public fight ensued, and the company's stock prices dropped even farther. At one point in June 2014, the stock was trading at $40 per share, less than half of what it sold for a year earlier.

The founder of American Apparel, Dov Charney, has an equally negative reputation among consumers and business professionals. His unseemly behavior is widely documented; one of the most common allegations is that he walked around the office in his underwear. Charney has also faced multiple lawsuits for harassment, many from former employees and models. Charney and American Apparel have been reprimanded by the Advertising Standards Agency for racy advertisements, particularly those that use underage models. Citations mention sexualizing children and exploiting models. After Charney's behavior began to negatively affect American Apparel, particularly in terms of finances, the board of directors removed him as CEO.

Since Wilson and Charney left their positions, both men have been fighting back. Wilson engaged in a very public battle with the board of directors at his company in a bid to regain control. Charney, on the other hand, bought up stock to increase his already large stake in the company. He made no secret about his unhappiness with the board's decision, announcing publicly his plans to fight his removal "vigorously."

In the wake of their CEOs' bad behavior, these two companies are struggling to survive in the marketplace. At Lululemon, recovery has been slow. In late June 2014, CNBC reported that the company may be a target for a takeover if the situation does not improve soon. The future is unclear for American Apparel, which has faced significant losses since 2010. Until the fates of the two companies are decided, they are expected to continue to struggle to regain market share and improve consumer opinion.

The recent uproar surrounding American Apparel and Lululemon is a lesson for businesses about the true power of the consumer. Though neither company has gone under, the future does not look bright.