How Michael Kors Is Outperforming in Retail 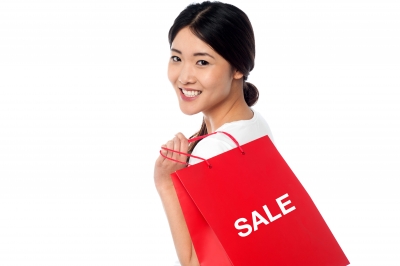 Michael Kors, a designer company that sells affordable luxury clothing and accessories, has been blowing away the competition in retail. Despite its high-priced items, the brand continues to grow and thrive in an age dominated by discount retailers. The secret of Kors' success can be attributed to factors ranging from the enthusiasm of target consumers to expert use of social media like Facebook and Twitter.

Michael Kors is a fashion house based in New York City that introduced its line of women's wear in 1981, and it began producing men's wear in 2002. In 2013, Forbes announced that the designer himself had acquired a personal fortune exceeding $1 billion, and the brand continues to experience high demand and increasing sales. For third quarter of fiscal year 2014, the company reported a 59 percent increase in revenue since its previous quarter, blowing away retailers like Macy's and Coach over the holiday season. This surge in sales also sent stocks soaring as much as 20 percent as the company's success became apparent.

The company's outstanding performance in retail is partly attributable to its target consumer: the well-off individual who makes between $100,000 and $250,000 annually. According to Pam Danziger, an expert on luxury marketing, this demographic is a growing segment that lies between the upper middle class and the rich, and there are approximately 10 of these households for every one affluent household. Michael Kors is the first brand to successfully market to this sweet spot, attracting those men and women with clothing and accessories that are luxurious but still not overly expensive.

The company also uses a number of techniques to please customers. The brand continues to put out high-quality fashion items, and its large selection of handbags and watches keeps consumers coming back for more. Michael Kors also holds frequent giveaways via social media to show appreciation for its customers.

Michael Kors' retail success is also attributable to increasing brand awareness to boost sales, using social media as a primary platform to target and connect with its American consumers. The company built an exclusive product line solely for its Facebook page, and it makes regular use of Twitter campaigns such as the Valentine's Day #FallingInLoveWith Campaign, which encouraged interaction with consumers. The company also uses Instagram and Pinterest for its social media campaigns, two lesser known sites that are rapidly growing in popularity.

Michael Kors has found a growing target public that has the cash to spend and desire to spend it. Additionally, the brand's heavy focus on online platforms has set it up for astronomical success in the digital age, and its ability to connect with the consumer has created a loyal following. As the brand continues to adapt to its consumers' needs by creating mobile apps and new product lines, Kors' success is likely to continue.