How Taxing Soda Sales Would Work 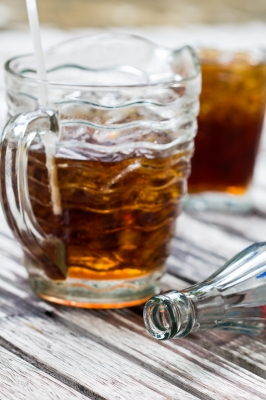 While excessive soda consumption contributes to myriad health challenges, these sugary drinks enjoy massive popularity across the globe. Most jurisdictions tax sodas like any other product and some even charge bottle deposits to encourage recycling, but a soda tax on the liquid itself is not commonplace. Although the idea is somewhat controversial, experts believe taxing sodas could have a multitude of diverse benefits for consumers and the government alike.

Firstly, it is important to understand the devastating links soda consumption shares with health problems like obesity, tooth decay and diabetes. While eschewing these sugary drinks altogether is the most effective course of action to prevent such issues, medical professionals highly recommend limiting consumption and maintaining a healthy lifestyle to minimize the effects of drinking soda. Many professionals believe a soda tax could go one step further, by encouraging greater consumer responsibility.

Obesity and childhood obesity in particular plague our nation's residents. Sugary drinks like soda do not carry all of the blame for this epidemic, but they certainly contribute to the widespread scale of the problem. By placing a soda tax on every ounce of these drinks, experts believe buyers would reconsider their purchasing decisions. Decreasing overall consumption of soda is a goal many health organizations and public municipalities share, and a soda tax represents an intriguing solution for achieving concrete results.

Of course, one of the greatest challenges facing the adoption of a tax on sodas is the opposition to this legislation from the general public. Some critics believe limiting beverage sales hinders upon the rights of citizens and oversteps the government's bounds. As most attempts to limit portion size of sugary drinks are unsuccessful across the board, a tax on soda may go over better with consumers. This tax falls into the same bracket as those placed on other vices, such as cigarettes, alcohol, and gambling.

Drinking soda is associated with various health risks, but short of forbidding its sale, public authorities have few options available for discouraging its consumption. Introducing a soda tax is one of the sole measures that could have a viable impact on the overall health of both residents and public health systems. Although it faces a steep uphill battle, a theoretical tax on these drinks is an interesting solution for consumers and government groups to consider.

(Photo courtesy of tiverylucky at FreeDigitalPhotos.net)

A former top Justice Department official reveals how the US governm...
news from Markets