How Tesla is Killing It in Engineering 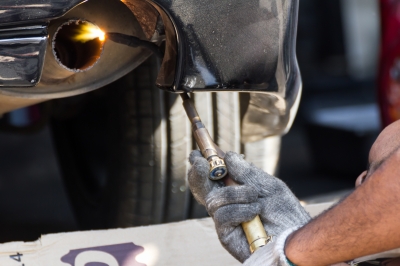 Cars have changed a lot over the past two decades, but the general principles of making a car remain the same. You create a metal box, stick four wheels near the ends, add an engine that uses explosive fuel, and power it up. The Tesla electric car is changing all of this, and it's creating such a splash that some dealerships are actively trying to restrict its sales by trying to force through laws in various states that prevent the company from directly marketing to consumers.

While ABS, traction control, and airbags have contributed to improved safety in modern cars, the problem of fuel has remained with us. Gasoline is explosive and contributes heavily to climate change. Around 40 percent of global energy use is attributable to vehicles. While dozens of electric car designs have come and gone, the Tesla electric car looks set to stay. What makes it so different?

Battery technology, of course, has changed drastically in the past few years. The creation of commercial lithium-based batteries and the discovery that doping the conductor with certain metals increased energy density exponentially have enabled cars to move away from traditional lead-acid batteries. One Tesla electric car, the Roadster, uses 99 bricks of 69 cells to deliver a potential range of around 245 miles, according to the EPA.

This makes the Roadster a highly practical car. However, this Tesla electric car does have its drawbacks. The most obvious is the fact that this figure is based on an eight-hour recharge time. At first glance, this makes it somewhat impractical for longer journeys. Elon Musk, the CEO of Tesla Motors, announced earlier this year that a full battery swap could be achieved in around 90 seconds, however, and this virtually eliminates the issues around refueling. This makes Tesla automobiles much more attractive to potential customers.

Tesla's batteries are also having a profound impact on the engineering sector. SolarCity, whose directors include Elon Musk and whose CEO is Musk's cousin, announced that it would be using Tesla's batteries to create energy storage systems that allow business customers to avoid peak demand charges for electricity. Of course, the storage system must be paired with a solar system from SolarCity, but the batteries produced by Tesla and used in various Tesla electric cars are extremely efficient and effective.

Elon Musk is a massive name in engineering and innovation, and it's hardly surprising that his teams create high-quality products, such as the various Tesla electric cars. These Tesla automobiles are merely the tip of Musk's engineering plans, but they are definitely impressive in their own right.

Register
Sign In
Hyliion Stock Might Shoot The Moon, But It Could Crash To Earth
news via Yahoo Finance

The robots are killing Tesla (TSLA)
news from Markets