How Tommy Hilfigers had a Turnaround Year 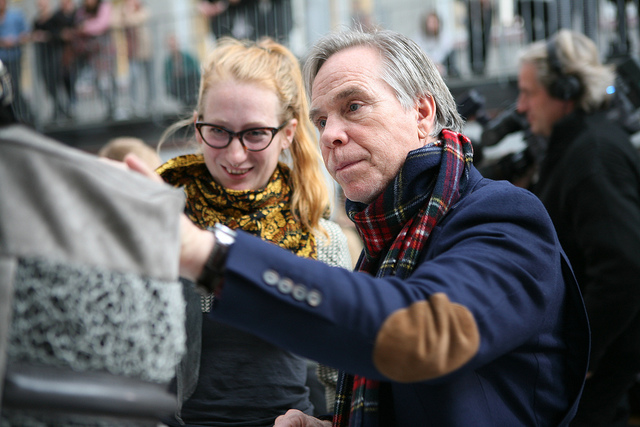 Tommy Hilfiger typifies the American dream. His brand grew from a small business in upstate New York to a juggernaut of the fashion industry in less than 20 years. The fashion house almost fell apart in the mid-2000s, but Hilfiger saved the company through some savvy moves.

Forbes magazine interviewed top Tommy Hilfiger executives, including the brand's namesake, to document the turnaround. The fashion industry regular reinvented itself over the span of several years thanks to eschewing its American-centric thinking, retaining loyal industry partners, rewarding loyal executives and redesigning its core focus.

Hilfiger, as the company's leader, realized why his company lost money in the 2000s. Market oversaturation of Tommy Hilfiger led to cheaper clothes that were standard threads rather than fashion-forward designs. The red, white and blue logo was on every store shelf, meaning the designs failed to distinguish themselves. The CEO opted for new leadership in the 2000s, so Hilfiger brought in Daniel Grieder and Fred Gehring, two top executives from the company's European arm. Both men are extremely loyal to Hilfiger, and yet they were succinct with the mess they inherited.

The European execs slashed the company's workforce by 40 percent, pulled Tommy Hilfiger clothes from low-end retailers and made an exclusive partnership with Macy's to reboot the once-vaunted brand. The strategy worked. In 2013, the firm brought in $3.4 billion in revenue, the most in its history, thanks to higher sales in Europe, America and Asia. European sales of Hilfiger's designs account for 43 percent of his company's revenue. Instead of baggy clothes for teenagers, Hilfiger now makes more form-fitting threads, mostly for women.

The company now focuses on targeted advertising and strategic partnerships rather than sponsoring every new act that becomes popular. Tommy Hilfiger outfitted the first worldwide tour for Britney Spears at its high point in the late 1990s. Less than five years later, revenue had slumped to $1.8 billion, down from more than $2.2 billion. The company was stuck in its old way of doing things rather than recognizing it was a global industry staple. Now, women ardently flock to middle retailers rather than Walmart to buy his clothes, and Hilfiger is back on top of the game. Grider and Gehring run the firm like a business not like a clothing designer.

Fashion trends are more than just jeans, especially in America. To stand out, Hilfiger determined his core market strategy. Did he want teens to wear his baggy threads, or did he desire the fashion-conscious consumer with extra spending money? The answer became the latter, with the key demographic of 18- to 34-year-olds.

The Tommy Hilfiger brand survived because it needed some new perspective at the top. Hilfiger realized his company needed fresh ideas, and he was not afraid to let someone else take over. Sometimes, relinquishing control and trusting loyal employees is the key to success.