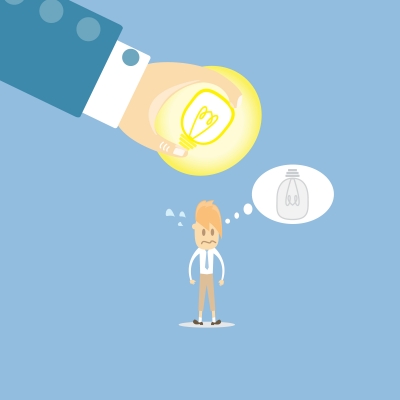 Less than three months into its initial public offering, the popular social networking site Twitter unveiled its first earnings report to mixed reactions. Its user base grew at a slower rate than expected, prompting Twitter's IPO investors to express concerns about the company's slow crawl toward innovation. But as stockholders, the media, and the general public speculate about the permanence of Twitter's dominance, the cutting-edge platform has been taking steady steps to survive a market that demands and rewards ingenuity. Your tech startup may be far from replicating Twitter's IPO success, but you can keep its doors open and push ahead of competitors by structuring your business model on innovation.

The latest news after Twitter's IPO brings whispers about an innovative site redesign. The heart of the Twitter layout—one of the major elements that attracted over 200 million users to its service—emphasizes a unique vertical text-based chronological timeline, displaying 140-character tweets in reverse order. Instead of the simplified single-column feed that skyrocketed Twitter to global popularity and distinguished the service from other social networking sites, the company is pursuing its biggest cosmetic overhaul yet. It does away with the vertical timeline and introduces an image-heavy, magazine-esque layout complete with a larger header, expanded counters, and repositioned bios and profile photos. The most recent Twitter news indicates the redesign, which shares similarities with Facebook and Pinterest, is being tested with a few select users, presumably to work out any kinks before an expanded launch. Twitter's deviation from a working model may seem like a shaky move, but sometimes continued success through innovation calls for drastic measures, especially in the tech industry.

Twitter's IPO hasn't dampened the company's enthusiasm to stay one step ahead of the curve. Over the years, Twitter has proved its usefulness beyond casual conversation between friends, specifically in the area of news distribution. A recent report from the Pew Research Center explored the emergence of social networks on Twitter as well as how Twitter participants construct discourse within a social media landscape and influence conversational trends outside of it. For many users, Twitter functions as a news and information tool, and the company's latest efforts at innovation expand on this role. It recently collaborated with CNN and analytics company Dataminr to develop an information discovery tool for news organizations. Dataminr for News combs real-time tweets to uncover the latest hot topics, and Twitter has called the program "an exciting step…for the broader Twitter ecosystem."

As questions of profitability dull the initial excitement over Twitter's IPO, the social media platform continues to diversify its services. Most notably, recent Twitter news has discussed the company's move into television and its series of innovative products aimed at professionals. In the works is the Tailored Audience Program, which allows advertisers to target users who have shown interest in a TV show outside of Twitter, and Amplify, a product allowing advertisers to disseminate short video clips and ads to potential audience members and users who are live-tweeting a show. Twitter has also deployed a TV advertising dashboard that lets advertisers tweet promotional material to TV viewers.

Twitter's IPO may have reached a temporary stumbling block, but it hasn't slowed the company's tide of innovation. Continued growth in technology requires invention of the old to keep pace with the new. Apply this understanding to your own company to make a permanent mark in this fast-paced industry.

Clearbanc to rebrand as Clearco in wake of $100-million fundraising...
news via Financial Post - Top...

Telus sees itself as something greater than a telephone company. Is...
news via Financial Post - Top...

Snap is going to soar 40% to its $17 IPO price, analyst says (SNAP)
news from Markets