How Will Verizon Compete with Comcast/Time Warner? 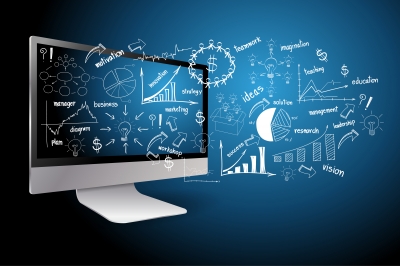 Recent industry changes have people talking about the future of the communications industry, and many people are wondering which company will remain standing when some markets are faced with a Verizon vs. Comcast battle to win over consumers. In February, Comcast and Time Warner announced a $42.5 billion merger where Comcast will acquire Time Warner in an all-stock transaction. The announcement has politicians and consumers worried that Comcast will monopolize the industry and hurt honest competition between companies. While the US Department of Justice reviews the merger, rumors and opinions continue to fly. And, many people are wondering what Verizon will do to ensure it remains competitive when consumers complete a Verizon vs. Comcast comparison to choose their provider.

Brian Roberts, CEO and Chairman of Comcast, has assured the media that the merger is procompetitive and proconsumer. He has stated that he's confident that by merging the two companies, media giant Comcast will be able to bring more channels, better products, and faster Internet options to consumers. Additionally, the Comcast and Time Warner merger isn't the only event that put Comcast in the spotlight last month. At the end of February, Netflix agreed to pay Comcast to deliver its video streaming services directly to consumers. With all of this considered, Verizon will have to step up its game to remain competitive in markets where it's Verizon vs. Comcast.

Verizon Communications, in conjunction with Frontier Communications, offers its FiOS package, which includes Internet access, cable television, and telephone service to consumers in some areas of the US. It was the first company to bring the fiber optic communications network directly into consumers' homes, and there are currently about four markets where Verizon has over 40 percent penetration in FiOS broadband. It's these markets where people will notice a real Verizon vs. Comcast battle. However, instead of continuing to build upon the success of its FiOS system, Fran Shammo, CFO for Verizon Communications, announced that the company will not expand beyond its current local service acquisitions until he feels that FiOS has returned its cost of capital. The announcement came as a surprise, because it came weeks after Google Inc. announced it's considering expanding its fiber optic network to nine more metropolitan areas.

Halting its fiber optic expansion may make it seem like Verizon Communication's executives aren't concerned with the merger, but because the company only offers its service in select areas, it doesn't have to compete at national level just yet. It hasn't completely ignored the fact that it may be faced with a Verizon vs. Comcast battle in some areas. According to CNet.com, Verizon Communications has acknowledged that it too is in negotiations with Netflix to stream videos directly to consumers.

The Verizon vs. Comcast battle is only beginning, and a lot can change over the next year. The public may not be privy to all of Verizon Communication's future plans, but it's not likely that the company will go down without a fight.