How a Business Without Profit Can Be Worth a Billion Dollars 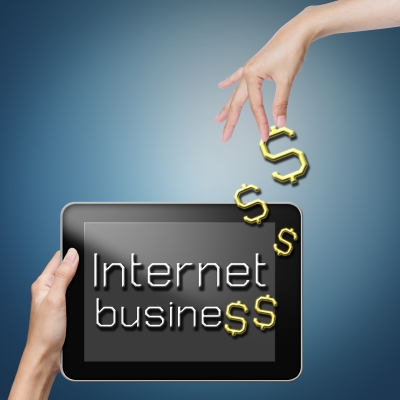 You've probably heard about the billion-dollar valuations of popular websites such as Twitter, Pinterest, and Spotify. However, what may surprise you is the lack of profits from these Internet giants with million dollar business operating budgets. These sites don't make money, but their millions of users have the potential to attract billions of advertising dollars, breed goodwill for a stagnant company, or later sell products to a captive audience. Therefore, it's their potential, not their million dollar business earnings, that currently causes their high valuations.

Like millions of other tech users, you probably have a Twitter account. Although you may have seen some advertising on the site, investors are banking on the potential of Twitter to sell advertising at much higher volumes. Twitter has managed to nearly double its revenue this year, but it's also reported multimillion dollar business losses. Pinterest investors are hoping that its user base of young, affluent women will attract interest from luxury designers and other advertising giants. But for now, you'll probably only see a few advertiser-promoted pins on Pinterest, as the company experiments with how it can integrate paid advertising into the site.

Some companies are betting on their ability to sell products to you directly. Spotify has over 6 million paid accounts, but it will need to substantially increase that number in order to make up for its losses last year. Shopping website Fab.com is already a multimillion dollar business, but it's operated at a loss every year since it opened. Of course, even trendy start-ups with billion dollar ideas know they can't stay in the red forever. Although Fab was valued at $1 billion, it's cut nearly half of its workforce and its CEO has vowed to not take a salary in 2014.

Other companies have been sold to larger corporations without ever making a profit. For example, Tumblr was recently bought by Yahoo! for $1.1 billion, but the company's worth was in the form of 300 million unique users each year. Yahoo! is gambling that Tumblr's prestige among young users will encourage more tech-savvy young adults to use Yahoo!'s other products. Instagram, with its popularity among celebrities and the selfie-obsessed, was purchased by Facebook for many of the same reasons. Instagram may never be even a million dollar business, but it could attract people who have left Facebook because it became too mainstream.

Keep in mind that just because these businesses aren't making a profit now, doesn't mean that they won't in the future. Facebook made its first profit in 2009, five years after it was founded. Recently, for its third quarter 2013 earnings, the social networking giant reported $425 million in net profits. However, before you decide to invest in any profitless company with a billion dollar idea, it's important to research how it intends to transition from in the red to in the black. After all, for every Facebook, there's a Groupon. So, if investing in a billion dollar business that's never made a profit seems strange, stick to companies with multimillion dollar business profits instead.

Kevin Carmichael: The sleeper issue that will determine the future ...
news via Financial Post - Top...
Who Are The Out-of-Town Billionaires Trying To Defeat Steve Zimmer?
news via Education - The...

The former Target manager who made millions in a trade that just bl...
news from Markets