How the Healthcare Bill Will Affect Overall Job Numbers 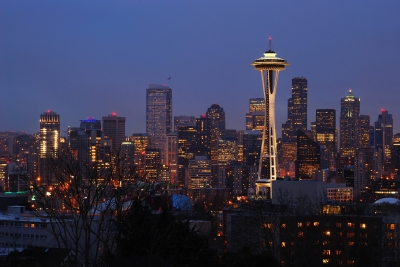 As 2014 progresses, the economic effects of the Affordable Care Act (ACA) are becoming increasingly apparent. Though the healthcare bill promises to make medical services more affordable for Americans, it also has the potential to impact the labor market. For healthcare professionals, it is crucial to monitor the effect the ACA has on the number of available jobs in the United States.

The healthcare bill has been a controversial subject, both for politicians and consumers. Much of the debate has centered on the legality of the bill; other experts worried about the impact on businesses around the country. In recent months, however, consumers have expressed concern about the ACA's impact on the job market.

In December 2013, healthcare professionals were alarmed to learn that the number of available jobs in the industry dropped by 6,000. Though the economy as a whole was slow in December, adding just 74,000 jobs, the healthcare industry took a large hit, and hospitals and nursing homes saw significant job reductions. Outpatient facilities were the only section of the industry that added jobs in December, indicating that consumers are moving away from costly inpatient treatment options.

December's dip in jobs can be explained in part by the healthcare bill. The ACA brings with it a number of changes for employers, individuals, healthcare companies, and insurance providers. In preparation, many companies were in flux in December, which may help explain the drop in available jobs; companies in transition often freeze hiring. In January 2014, hiring remained flat, which indicates that businesses were continuing to adjust.

According to job numbers from the Bureau of Labor Statistics, the healthcare industry—as well as the overall economy—began to bounce back in February. Healthcare companies added 10,000 jobs in February, which points to the fact that businesses are adapting to the new healthcare bill and ramping up hiring. The US economy added 175,000 new jobs in February, but the unemployment rate remained the same.

Despite the short-term economic improvement, many experts believe that the true effects of the healthcare bill on job numbers remain to be seen. A new report from the Congressional Budget Office (CBO) estimates that more than 2 million people will stop working because of the bill, which will cause significant damage to the economy. The White House argues the opposite, saying that the bill will enable more business startups and increase healthcare spending, which in turn will stimulate the labor market. The CBO report has reignited the debate over the ACA, ensuring that consumers, businesses, and politicians will be watching the upcoming job reports with great care.

Though the ACA seems to have had a negligible short-term impact on the United States economy since it went into effect, the long-term labor market impact is still in question. For healthcare professionals and general consumers, it is crucial to monitor the development of the healthcare bill in the coming years.