How to Get Unstuck and Get Promoted 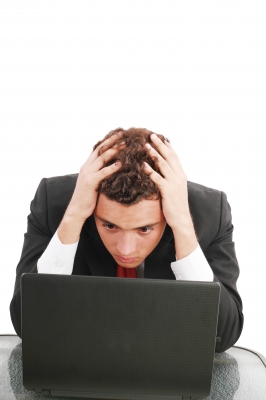 You’ve held the same job in retail for the last five years. One or maybe even two of your colleagues have managed to pass you and get promoted. It’s frustrating because you know you’re a hard worker who gets the job done week after week. The fact is, you’re stuck and you need to get the next promotion or you’ll look like a loser and never get promoted. What to do?  Some suggestions:

Yes, times are bad and you feel lucky to be employed. But if you want to move up, you’ve got to step up. Most bosses won’t bring up the subject of promotion. They’re either too busy or it’s just not in their nature. If you’re gun shy about the direct approach, ask your boss at the end of the day or end of the week if you can take a few minutes to “talk about your career.” Check out Robert Half’s How to Ask For a Promotion video for some tips.

Don’t lead off with “I need a promotion.” Lay the groundwork first. Express your gratitude for having a job, in working for the company, and for a boss who has taken the time to talk about your career. Tell your boss that you envision a long career with the company, that you look forward to learning and growing into management. Be prepared to talk about the work you’ve done and the steps you’ve taken to prepare for the next rung up the ladder—in-house company training programs, college classes, seminars and conferences you’ve attended. The point is to convince your boss that you’re ready to be promoted. In Who Gets Promoted, Who Doesn't, and Why, Donald Asher notes that most employees concentrate more on what the promotion can do for them rather than how it can help their company. He also underscores the impact of timing: some candidates may be too involved in a critically important series of tasks to be taken offline and promoted.

After you’ve done your song and dance, listen carefully. While you may not get the promotion on the spot, the information you get at this point is extremely valuable. In so many words, your boss will be laying the groundwork for what you need to do to get promoted. The feedback may be tough to swallow—things you may be lacking, skillsets you need to acquire, people skills you need to refine—but regard this as a roadmap to your promotion. Take notes to show your boss that you intend to follow up on every suggestion. Ask questions if anything needs to be clarified. Finally, thank your boss for the feedback and ask to set up a follow up meeting in a few months to review your progress together.

Keep your boss informed about the steps you’re taking to improve yourself and the skillsets that were mentioned in your initial meeting. A short email now and then is sufficient. It doesn’t hurt to build your case for being promoted by volunteering for a high visibility task and completing it well and on time. It might also be a good idea to talk to a mentor to help guide you in your pursuit of a promotion. In How to Get Promoted Fast - Proven Ways to Be Recognized, Rewarded and More Successful, Peter W. Murphy notes that a promotion builds on your strengths, so you must show that while you may not have the experience or every skill to fall right into the new position, you’ve at least developed the skills to handle the promotion at the starting line.

This next meeting will be critical in getting your promotion. You’ll need to be totally prepared—point-by-point—to address all the things that your boss said you needed to move up. Show your boss that your skills have improved, that you completed tasks X, Y and Z successfully and on time. Ask what else, if anything, you can do to get the promotion you worked so hard for in the last several months. You may get the promotion right then and there. Or you may have to work just a bit harder in one area to achieve your goal.

Want that promotion? It’s a zero sum game. If you don’t ask and work for it, someone else will. For a light hearted look at asking for a promotion, check out Mr. Dave Asks For A Promotion.

How To Get Unstuck, Get Noticed, And Get The Promotion You Deserve
news via Inc.com