How to Manage Anger in the Workplace 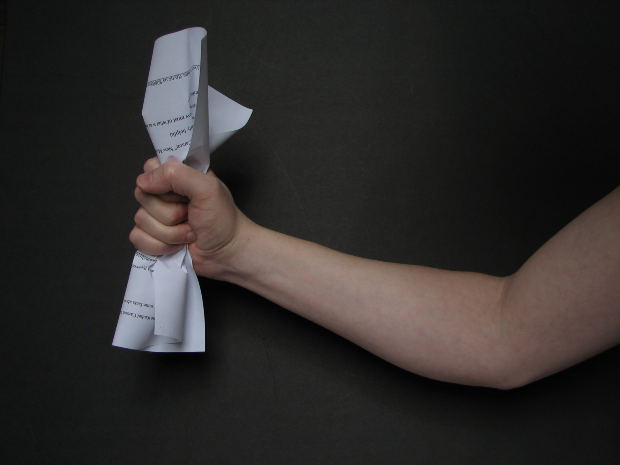 One of the most common reasons people give for wanting to change jobs or even careers is that they are unhappy at their current job. They feel that there is no room for advancement, that their boss doesn't appreciate their efforts or they no longer enjoy doing what they do. In many cases, the unhappiness is a problem that can be dealt with and overcome without having to find another job.

The relationship between a company and an employee is one that requires constant communication and trust. When anger and resentment build, people are capable of all sorts of behavior. For example, an employee at a British company was recently fired after his bad behavior was caught on the company's newly installed security cameras. Evidently, the man had been staying late each day and using the time after hours to pour oven cleaner and other cleaning supplies into computer keyboards and servers. After being caught, the man said that he was depressed and angry because he was denied a pay increase that he felt he deserved.

This sort of behavior isn't new. In fact, most cases of violence in the workplace are caused by employees becoming so filled with rage that they want revenge. Although those are extreme examples, there are many situations where employees feel angry or unappreciated and engage in lower-level activities designed to get revenge or sabotage the work process. So, what can we do to manage anger in the workplace?

In the book, “Getting Even: The Truth About Workplace Revenge and How to Stop It,” the author, Robert J. Bies, Ph.D., says that most cases of workplace revenge begin because an employee feels unappreciated and unsupported. When these feelings grow, they begin to lash out and are often supported and even encouraged in their efforts by their coworkers. Some of the common triggers for this type of anger are the promotion of someone who they don't feel is deserving or being publicly criticized.

There are several things that we can do to stop these feelings of anger and revenge before they reach critical mass. Here are a few ways to manage anger in the workplace:

Stop and breathe – If you think you are going to explode, stop, breathe and count to 10. If that doesn't help, count to 100. You may have to take a walk or get some air in order to get your feelings under control and let go of the anger. Thinking before you speak can save you a lot of trouble and could even save your job. Try to get away from the hot-button issue, and try to remember that it's only a disagreement, not life and death. If, after giving yourself time to cool off, you still feel that you need to address your concerns, try the next tip.

Use a mediator – If you have a legitimate concern, try talking with your supervisor. If that doesn't help or you think it's impossible, share your concerns with an HR representative. Sometimes, sitting down and discussing the issue with a third party can help resolve things. Just remember to be professional and talk about your problem in a manner that is conducive to actually resolving it.

Respond with compassion - If your coworker or employee lashes out in anger, don't respond with anger or punishment. Instead, try using compassion and understand where they are and how they are feeling. Giving the angry employee extra support can be much more productive than simply firing or punishing them.

What do you do to cope with anger at work? Have you ever wanted revenge on your boss? Please share your thoughts in the comments.

In Defense of (Occasionally) Crying At Work
news via Refinery29