How to Manage Risk in Accounting Practices 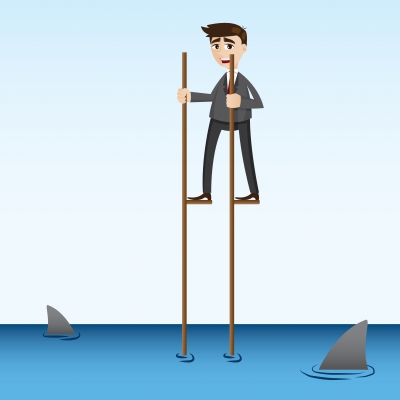 The cataclysmic global financial crisis of 2007 and 2008 sparked seismic shifts in attitudes towards risk management around the world. To prevent a recurrence of such crises, governments, financial institutions and other organizations have invested significant amounts of time and money on crafting better laws and regulations, improving financial modeling and retraining personnel. Recommendations made by participants in a 2012 study by the Association of Chartered Certified Accountants U.K. can augment these efforts.

Involving over 2,000 participants from 109 countries, the study sought insights and information from financial directors, CFOs and other personnel from a smorgasbord of accounting practices and other institutions.

To improve risk management, organizational proposals should be scrutinized no matter the status of the originator, advises the study. Had this recommendation been followed in the early years of the 21st century, the global financial crisis may well have been avoided. According to Steve Denning, a contributor at the Forbes magazine, Sir Andrew Large, who was the deputy governor of the Bank of England between 2002 and 2006, had warned of such a calamity as early as 2004. He was overruled by Gordon Brown, the then Chancellor of the Bank of England. A similar fate befell Raghuram Rajan, an IMF chief economist who sounded a similar warning in 2005 but was overruled by Larry Summers and other senior figures.

Risk management can be improved by recognizing, measuring and managing uncertainties, the study adds. The global financial crisis and a smattering of other adverse financial events were partly the end product of a lack of awareness and the attendant risk management failures. If not reined, these factors can fuel other crises. To improve risk management, organizations can leverage data analysis, which can search for hidden patterns in seemingly disparate data.

To improve risk management, decision making should always be fact driven and unbiased, and it should never be based on personal interests, emphasizes the study. Those who insist on basing their assessments on emotion and other subjective considerations rather than dispassionate data are referred to as Innumerates by Barry Ritholtz of the Washington Post. Innumeracy, to conjugate Ritholtz's novel noun, can be discouraged through retraining and tweaking accounting practice reward systems, among other methods.

Accountants should be careful when applying quantitative techniques, the study warns. The method may be unsuitable for factors that cannot be represented numerically in cases where reliable data may be unavailable or if results are presented to a numerically challenged audience, according to For Learn, a project of the European Commission. The A.C.C.A study also encourages organizations to foster a culture that encourages ethical behavior. Illegal behavior should be routinely questioned, it warns.

According to participants in the study, if these recommendations are implemented, resulting decisions should be far superior to those obtained by consensus, subjective opinion, unquestioning obedience and myopic self interest. In a nutshell, the study and similar investigations emphasize the human factor in risk origination and highlights the role that an altered organizational culture can play in risk management.

Photo courtesy of iosphere at FreeDigitalPhotos.net