How to Spot These 4 Common Resume Lies 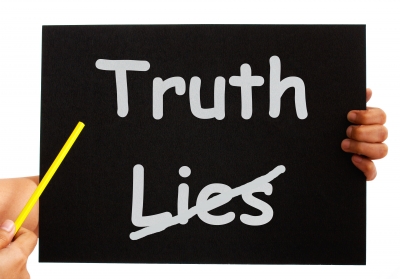 In a highly competitive job market, a job seeker has the advantage due to higher salaries and plenty of openings just waiting for top talent. Unfortunately, that means candidates who are desperate to get ahead might not be completely truthful on a resume. Learn how to spot common resume lies to keep dishonest employees out of your company.

A candidate's resume should have verifiable accomplishments backed by hard numbers. Look for accolades that seem too numerous or too catchy. Resume lies could appear in phrases such as "youngest," "first to be" or "world-class." These boasts add nothing to someone's document aside from fluff and filler. With each list of accomplishments, there should be statistics and numbers to back them up. If a person won an award, that prospect should have a verifiable way to prove it, such as a piece of paper or a company-wide announcement sent via email.

Some candidates might list fake companies as previous employers. Luckily, you can determine if a company is fake very quickly. Attempt to call the candidate's supervisor, or perform an internet search to see if the organization has an official website or a permanent address.

Be wary of someone who creates a fake paper trail for the company. A prospect might put down a friend's phone number, and this friend might pose as a manager or supervisor. Candidates can also create fake social media pages, which is why you need to find a company's permanent address. If you do get through to a phone number, ask to talk to human resources directly to verify employment rather than simply relying on a supervisor.

When someone claims to have a college degree, always ask to view an official document from an institution, such as a transcript. If you think the documentation looks iffy, look up the college's website and see what accreditation it has.

Resume lies might appear as inflated job titles. Examine the candidate's previous job titles, and ask yourself if this person seems overqualified. This is the time to ask why this prospect actually wants the job. Dig deeper and ask some technical questions about a previous experience to see if the candidate is up to task with jargon, expertise and job knowledge. People sometimes inflate job titles to try to land a higher-paying position.

The best way to see through resume lies is to question the person directly. Phone or email the candidate, and ask who or how someone can verify the piece of information on the resume. If the person cannot prove what he says, then consider dropping candidate and moving on to another prospect. It's up to you to decide whether or not the person's sparkling personality makes up for a falsehood.

If you know what to look for, it won't take too much time to spot someone's resume lies. Performing a thorough background check on your top prospects makes it easier to spot untrue statements.