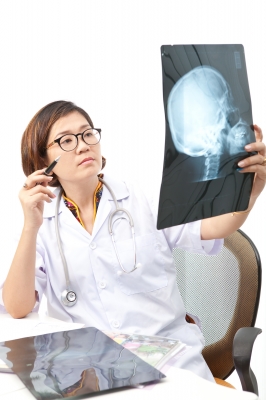 The Watson computer, named after Thomas J. Watson, former chairman and CEO of IBM, was specifically developed to compete on the game show Jeopardy! However, more recently, healthcare professionals have used the Watson computer to examine specific medical cases from all angles and come up with different treatment options. The supercomputer has made headlines numerous times throughout the year, and its advanced technology continues to impress. So it isn't a huge surprise that IBM's latest announcement has been a hot topic throughout the technology field.

Watson is best known for crushing former Jeopardy! champions Ken Jennings—who had a successful seventy-four game run—and Brad Rutter. The computer uses artificial intelligence to answer questions posed in natural language. But competing on the popular game show was only the Watson computer's first success. According to IBM, the company's goal for Watson is for the supercomputer to use its advanced technology to interact in natural human terms across a wide range of applications and processes, understanding questions from humans and responding with answers that humans can understand.

For the past year, the research team working on the Watson computer has been loading it full of medical knowledge to prepare it for a three-year program in which the computer will assist doctors in the exam rooms at the Cleveland Clinic. Previously, the computer served the medical field by helping professionals at Sloan-Kettering hospital with common business practices—where there is less room for malpractice issues. Ultimately, the goal for the Watson computer in the medical field is to act as a lifeline for doctors so they can access the critical data they need to properly treat patients.

The Watson computer is currently working with the Anderson Cancer Center at the University of Texas to find a cure for leukemia, and the next Watson computer—version 2.0—is being tuned to scan and interpret pictures, including x-rays. Additionally, IBM recently announced that the Watson computer is taking huge steps toward becoming usable by the public. The company's developers plan to establish an open platform and API in 2014 that will allow coders to build applications designed for the supercomputer's database. One of the three partners included in the 2014 program launch includes a fluid retail deployment with plans to develop a Watson-powered personal shopping feature.

What started as one man's vision to build a computer that could beat contestants on a question-and-answer game show evolved into a supercomputer that uses artificial intelligence to assist medical professionals in numerous ways. While no one can say for sure what the future of the Watson computer will entail, you can be sure that the supercomputer will continue to impress us as it becomes more and more advanced.