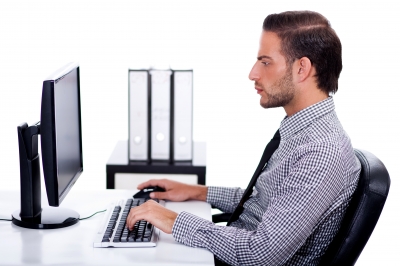 As technology becomes increasingly complex, many companies struggle to keep pace. Even technological giants like IBM are not exempt. In September 2014, IBM announced it would be cutting the pay of some employees and offering special training to just some members of its workforce. The IBM training initiative has prompted criticism from internal and external sources, leading industry experts to speculate about the company's motives and future goals.

The new IBM training program was announced by email to a select group of employees in September 2014. The email informed recipients that because they had not developed the technological skills that would allow them to meet customer demands, they are required to participate in training. For one day each week, targeted employees are to leave their job assignments to receive training that gets them up to speed on the latest technology.

The most surprising part of the IBM training initiative is the mandated pay cut. For the duration of the program, employees earn just 90 percent of their salaries. The program is scheduled to begin in November 2014 and end in April of 2015, at which time each employee's salary will be restored to its full value. According to company representatives, the pay cut associated with the IBM training program is a form of co-investing among the employer and employees. The participating employees spend approximately 20 percent fewer hours on their typical work responsibilities with a 10 percent pay cut, and the company kicks in the extra 10 percent. Like Starbucks and other companies that have invested in employee retraining, IBM is hoping to boost its service standard.

The number of people affected by the IBM training program is small. According to some sources, it affects less than 10 percent of employees. The workers come from the unit of IBM that manages long-term technology operations contracts. Though co-investing is nothing new, the IBM program is unique in that the employees have no choice but to participate. In the days since the story about this mandatory training was made public, industry experts have speculated that the forced nature of the program may negatively impact corporate morale. After all, if the company surprised employees with pay cuts and mandatory training once, they have the potential to do it again.

An anonymous employee within IBM was quoted by CNBC as saying that the new training program is simply a way to "force employees to quit." After all, if workers quit in protest, IBM won't be required to dispense severance pay. Company representatives have disagreed, stating that the training is a way to help employees keep their jobs without sacrificing the standard of quality that IBM customers expect. The company has not yet disclosed the specific content of the training program, which increases the uncertainty surrounding the initiative.

Whether the new IBM training program creates a more skilled workforce or forces unskilled employees to quit, managers from all industries plan to follow the program's progress. If it succeeds, co-investing may become the standard for retraining employees who fail to keep up with new technological developments.

Deutsche Bank is cutting 18,000 jobs as it restructures. Here are 2...
news from Markets