If I Am Looking for a "Doer" Job, Why Do I Need an "Achiever" Resume? 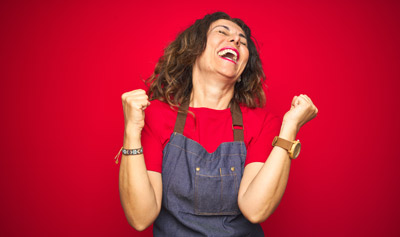 You’re in the market for a hands-on, “doer” job, but all the advice you receive says that your resume should be an “achiever” one- a resume that discusses your technical and people skills (hard and soft skills), facts and figures, and requires some creative thinking on how to word job postings such as, “know how to work a copier”.  So why does your resume have to be an analytical piece? Can’t I just simply list my past experiences; that’s all employers want to know, right? We’ll chat more during the interview…

Let’s first think about the terms “Doer” and “Achiever”. What is a “Doer”? A “Doer” is someone who is in a technical, hands-on position that is, assumedly, in a “follower” role rather than a “leader” role. Examples of doer jobs are therapists, technicians, and cleaners.

An “Achiever” is someone who is in a position that requires high analytical, or “thinking” and “leading” skills. Examples of such positions include, doctors and CEOs.

Now, let’s think about the workplace, or a company. What is it? It’s a system of teams focused on particular outcomes. Each team is responsible for certain tasks or “sub”-outcomes that contribute to the company’s progress towards its ultimate goals. Therefore, whether you’re a “doer” or an “achiever”, you’re contributing to the in-sync progression of the company. Employers want to see candidates who have the overall success of the company in mind; otherwise, if you’re not interested in the success of the company (as well as yourself), why would, and should, they consider hiring you?

Hiring managers want to see someone who is results-oriented. May be you do some mundane tasks as an administrative assistant, but the tasks you’ve been assigned exist because they are contributing to the success of the company…how?

“How?” is the question a candidate should focus on when writing his or her resume and listing out job tasks and responsibilities. Yes, I did this in previous work experience. It was an important and essential function for the company. So, how well did I do it? Being able to answer this question is the reason why there is an increasing emphasis on rewriting the general tasks often presented in resumes as quantifiable pieces of data. The best way to prove to hiring managers you can do a job well-done is by handing them the numbers and a concise, yet informative description. Take a look at the before and after comparison of some rewritten job tasks for an administrative assistant:

Answered and routed several calls throughout the day.

Answered and routed over 50 calls daily.

The above statements, when quantified and/or written concisely, indicate to hiring managers the level of success they can at least expect from you, since you’ve already achieved it, and how much more they can hope to see from you. Presenting such information in an easy-to-visualize way, in and of itself, proves that you can do work in an efficient and effective manner and allows them to make an informed decision.

Your resume is not only a record of your past experience, it’s also a sample of your writing, communication, and analytical skills. Again, a carpenter is most likely not going to write a manuscript, but by having a streamlined resume with data and numbers and concise writing, he or she demonstrates his/her overall professionalism and capability as a representative of the company who would have the company’s best interest at hand.

Essentially, even if a position may be classified as a “doer”, all positions are “achiever” ones, focused on the smooth operation of a company. Write an achiever resume and you’ll achieve the outcome you’re seeking (like that interview!).