If You See Fraud and Waste, Should You Report It? 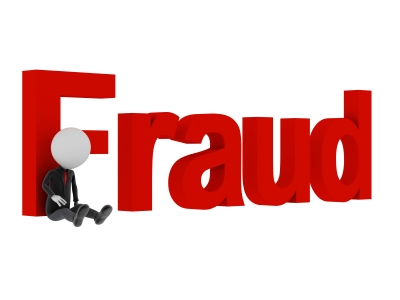 Healthcare fraud is a hot-button issue in the United States, where rising healthcare costs are making it difficult for people to afford preventive care or treatment for health problems. Fraud and waste also cost the federal government billions of dollars each year, which reduces the amount of funds available for programs to help children, the disabled, and the elderly. If you suspect healthcare fraud in your facility, don't hesitate to report it to your supervisor or a human resources representative. Insurance companies and government agencies also accept healthcare fraud complaints.

Healthcare fraud costs the United States approximately $80 billion per year, according to the Federal Bureau of Investigation. FBI experts say putting a stop to healthcare fraud is "central to the wellbeing" of the US economy and its citizens. In Miami, a man was recently convicted of ten counts of healthcare fraud for his role in submitting $2.5 million in fraudulent claims to Cigna and Blue Cross and Blue Shield of Florida. The man and his accomplices billed the insurance companies for injection and infusion therapies that were never administered to patients. The money used to pay these fraudulent claims could have been better spent on treating real patients, which is why it is so important to report healthcare fraud.

Filing claims for treatment never rendered is just one example of healthcare fraud. Perpetrators have also been known to file duplicate claims for the same service, alter medical records, accept kickbacks, alter the descriptions of medical services, and prescribe unnecessary treatments or medications. The problem is so widespread that approximately 10 percent of every dollar spent on healthcare is used to pay fraudulent claims, according to the Cornell University Law School Legal Information Institute. Fraud reporting helps reduce the amount of money wasted on fraudulent claims, making it necessary to report fraud as soon as you become aware of it.

Waste is also a big problem in the healthcare industry. In 2012, the "Journal of the American Medical Association" published a report indicating waste may have cost the US healthcare industry up to $992 billion in 2011. This is as much as 37 percent of total healthcare spending in the United States. Administrative complexity is just one of the many examples of waste in the industry. If you notice wasteful practices in your workplace, it is important to talk to a supervisor or schedule a meeting with someone in your HR department. Not only will reducing waste curb healthcare costs, it can also make your facility more profitable.

Fraud and waste costs taxpayers billions of dollars each year. Government agencies have fraud reporting procedures in place, but these procedures will not help unless they're used. If your employer will not take action, you can report suspected fraud to the Centers for Medicare & Medicaid Services. Healthcare fraud will never go away completely, but you can help fight the problem by reporting suspected cases of fraud or waste.