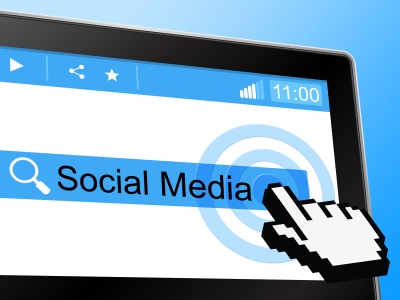 Employers check social media of prospective candidates even more in 2017 than they did in 2016, outlining the importance of your social networking posts as they relate to landing a job. That's what the results of a survey published by CareerBuilder in mid-June 2017 revealed.

Stats From the Survey

The survey notes that 70 percent of employers look at your social media as a screening tool before hiring you. Three in 10 employers dedicate at least one staffer to finding out more information about you through your Twitter posts, Facebook feed or Instagram photos. Considering 60 percent of employers scanned social networks in 2016, the 10 percent increase represents a significant jump in this practice, meaning what you say, do and post online probably makes a difference in terms of getting a job.

Slightly more than 60 percent of employers seek information that supports your qualifications for the job. Half of employers look to see if you have a social media presence at all. More than a third, or 37 percent, of employers check to see what people post about other candidates, while 24 percent look for any reason not to hire a candidate.

As many as 69 percent of companies use search engines to research candidates. If something comes up on other websites, such as reviews or comments, employers may find those as well. In other words, you should behave online if you want to land that dream job.

Up to 54 percent of employers said that a person's social media content prevented them from hiring him. Before applying for a position, go through your posts and eliminate anything racy, dicey or unprofessional. If you find anything that's critical of your previous employers, get rid of it too. Avoid inappropriate photos such as ones that show you drinking or using drugs or photos that may show explicit material.

Don't post confidential information from an employer on social media, and posting too frequently may cost you a job because no one wants to hire someone who might be wasting time online when he should be on the clock. Shore up your online presence by doing good things that companies notice during your job search.

Start posting professional blogs on LinkedIn that showcase your expertise. Put links in your Twitter and Facebook posts that lead to blogs you wrote, blog posts from influencers who inspire you and notable news articles that affect your industry. Conduct yourself professionally and cordially. This means don't bad-mouth previous employers, lie about your qualifications or say anything about an absence from work.

Your job search is complicated enough; don't ruin your chances by posting something untoward on social media. Think of things that cast you or your professional career in a bad light, and then get rid of those posts or simply don't post about those things altogether. Your career may thank you for it.