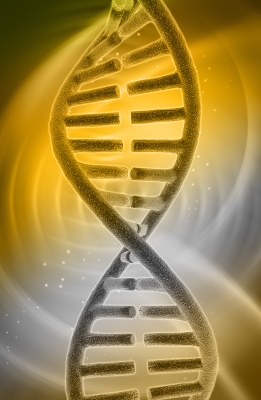 Healing powers are the stuff of comic books and science fiction. However, if a new Defense Advanced Research Projects Agency program comes to fruition, the U.S. military may begin using tiny, electrical, self-healing implants that foster the human body's natural healing processes. The technology is based on neuromodulation, or how the body's nervous system responds to an injury. The idea is to obviate medications and doctor's visits that take time and money.

DARPA's program, called Electrical Prescriptions or ElectRx, plans to develop very small implants similar in size to a pacemaker. Sensors continually monitor a person's condition and modify nerve impulses to foster healing. If successful, some diseases and maladies may be treated with tiny electrical impulses that grow nerves around an injury site.

These self-healing implants are based on the biological process of neuromodulation. This occurs whenever the body has an injury, and electrical impulses from the injury site transmit signals to the central nervous system. The body then goes into action to try to heal itself by causing pain, inflammation and a weakened immune system.

DARPA's implants seek to limit neuromodulation's effects on the entire system. Instead of making someone weaker, an electrical, neuromodulating implant helps control the process in a localized area. Instead of a larger implant the size of a deck of cards, DARPA hopes to reduce the size of its self-healing implants to something that can be injected with a syringe.

Such nanotechnology is useful for patients with inflammatory diseases such as rheumatoid arthritis and inflammatory bowel disease. Moving forward, the program can be applied to traumatic brain injuries, post-traumatic stress disorder, mental disorders, epilepsy and depression.

When and if these tiny neuromodulators become successfully deployed, the savings in health care costs is immeasurable. America's health care system costs $3 trillion, and the cost of care is rising. Instead of decreased jobs for nurses and doctors, health care practitioners may need to reorganize their job skills to become proficient in nanotechnology, reading a signal from self-healing implants and long-distance diagnosing.

Imagine the possibilities of a doctor getting an alert on a smartphone when a patient goes into labor. All of the necessary people would be informed due to a transmission from a neuromodulator implant inserted near the patient's fetus. Instead of needing hip replacement surgery, imagine if a rheumatoid arthritis patient's joint heals itself thanks to simple neurostimulation over several years. The applications of such self-healing implants are endless.

Doctors should not fret over their job security just yet — DARPA's project is in its infancy, and there are still lots of tests to be done. Health care costs may come down due to these tiny technological wonders, but practitioners will still have to diagnose and care for patients who may not respond to a neuromodulation treatment.

Self-healing implants are one potential patient care advancement that may usher in a new wave of future healing technologies. Companies that embrace such changes are poised to take advantage of a trend that puts people in charge of their own health care choices.