Improving the Visual Acuity of Computers 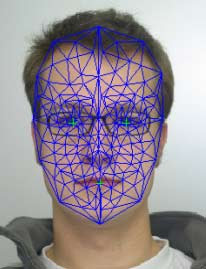 Until now, the neural processing required to visually recognize even simple objects has been extremely difficult to recreate.

The goal is to reverse engineer the human visual system with its hundreds of millions of processing units. But creating an artificial system that mimics our enormously complex biological system calls for more than just massive computing power. Lacking the information to build a computer system that can imitate the brain, researchers turned to screening techniques in molecular biology, where multiple organisms are screened in parallel.

Exploiting the power of GPUs using cheap, readily available off-the-shelf components allowed the team to create a powerful parallel computing system. The team constructed thousands of models, and screened for those that best performed object recognition. The resulting models accurately identified a range of objects on random natural backgrounds as position, scale and rotation were varied.

Had researchers relied on ordinary CPUs, creating similar models would have taken years or cost millions in computing hardware. Instead, they achieved the same result in one week at a fraction of the cost.

Researchers noted that their high-throughput approach could be applied to face identification, object tracking, pedestrian detection for automotive applications, and gesture and action recognition.

For an additional perspective, check out this video:
Finding a better way for computers to "see" from http://vimeo.com/user2731220 on Vimeo.