In Spite of Closures, Temporary Store Space is Tough to Find 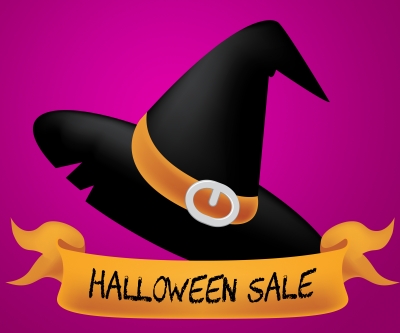 Seasonal stores often seek out temporary storage space during the holidays. From Halloween costume shops to Christmas decor specialty stores, the need is significant, but according to Cushman & Wakefield vice president Garrick Brown, the surge of retail bankruptcies has not opened up market space for 2016 shops seeking to settle down.

Retail vacancies are often prime space for seasonal stores, but Brown asserts that the vacancies are unlikely to meet the criteria of these stores because the bankrupted retail outlets are commonly settled in regional malls, which do not pose an attractive space for retailers. The challenge continues as the rent for attractive storage spaces soars.

Cushman's data reports that vacancies of shopping center outlets were down 8.1 percent in 2016, standing at 7.6 percent toward the end of the second quarter. The data indicates that although retail shops are vacating, they may not be vacating soon enough for seasonal stores, thus prompting the demand to increase and the rental costs to increase as well. The recent closing of Sports Authority, as well as local drug stores and grocery companies, may be freeing up more space, but specialty shops have to consider the viability of the space and location.

Seasonal stores seek out storage space that allows the outlet to provide premium customer service in a region where at least 35,000 people live to optimize their profits, explains Brown. The Cushman data indicates that 3,900 retail outlet spaces are currently available in the United States; however, only 1,800 of these locations are situated within the appropriate and attractive demographics seasonal stores crave.

Opening a seasonal store with very limited prep time has prompted some retailers to scale back. According to Party City CEO Jim Harrison, the popular Halloween outlet will open only 275 stores in 2016 compared to the 333 stores opened in 2015. Real estate played a significant factor in the decision, according to Harrison. Visibility is a key determinant, and without available space and opportunity to provide the community with customer service, privately held companies are adjusting their efforts.

Spirit Halloween, though, may be the exception. According to Trisha Lombardo, a company spokeswoman, the store plans to operate 1,200 shops in 2016, located primarily in malls and strip centers, which represents an increase of 1,165 store openings compared to 2015.

The demand for storage space for seasonal stores has resulted in strategy shifts for many local and national chains. Halloween stores and holiday specialty shops are seeking space that is viable and within their criteria for space and demographics, but even with the increase of bankruptcies and store closures from major outlets, the space challenge continues with significant changes for both the retailers and the community.