Information Age is Out and the Infrastructure Age is In 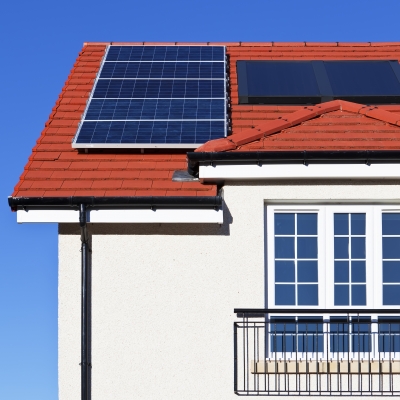 The so-called information age began in the 1980s as computers became affordable for average Americans and personal computers appeared in every home. Wireless connections, wearable technology, tablet computers and smartphones grew from that revolution. The computing industry is experiencing the infrastructure age as microchips show up in places consumers do not expect.

Part of the infrastructure age and revolution happens due to the Internet of Things, or IoT, a concept whereby everyday objects such as refrigerators, thermostats, toasters and cars become connected to wireless networks. High-tech sensors in these everyday objects send information through the networks where software retrieves, analyzes and reports on data collected by these things. Computer programs then make recommendations to improve the lives of humans with these interconnected objects.

The next step for the infrastructure age revolves around smart technology that creates energy-efficiency, autonomous cars that run on electricity, drive the speed limit, communicate with other nearby cars, avoid accidents and save lives. These cars also save money on insurance premiums, gasoline and lost productivity at work. Tesla's home battery design takes advantage of cheaper energy costs at night to store power for use during the day. Connect these batteries to solar panels and homeowners can save massive amounts of money on utility bills over several decades of home ownership. Businesses also benefit from cheaper energy consumption costs.

Computers remain an integral part of the infrastructure age. Smaller, faster computers with sensors determine peak power consumption and turn on a house battery. Alerts on a smartphone app may tell consumers how best to adjust a thermostat to save even more energy. Some systems keep heating and cooling systems at optimum levels automatically without any customer input.

Wearable technology such as health sensors, glucose monitors, blood pressure cuffs and heart monitors transmit information through a patient's smartphone to a doctor's office within seconds. Companies plan to invest billions of dollars in such devices that help improve the quality of life. Wearable technology could become more advanced than even the best smartphones due to better computers embedded in these devices.

When smaller devices become more advanced, this means larger devices already on the market follow suit. If a small watch outduels a smartphone in terms of speed and capability, customers can imagine what this technology can do for flat-screen televisions of the future. Curved-panel televisions may eventually become cheaper than their rigid predecessors. Consumer electronics such as gaming systems, computers and televisions become more advanced thanks to their smaller cousins.

This interconnected system has its possible problems. Instead of someone hacking a computer through a wireless connection, a criminal can hack into a house, steal a delivery drone or lock someone out of a smartphone. The infrastructure age relies on basic technology from the information age that remains vulnerable without proper safeguards. Companies must create security with their new devices.

The infrastructure age represents exciting improvements to contemporary humans living in a technological society. Everything may become truly wireless, even the systems that power homes when computers automatically tell solar panels to collect sunlight because a house battery used too much power during the hard freeze from the night before.

Register
Sign In
Tinder picks up Pizza Hut's CMO, and NFTs are bad for the earth: Tu...
news via Latest News - Ad Age