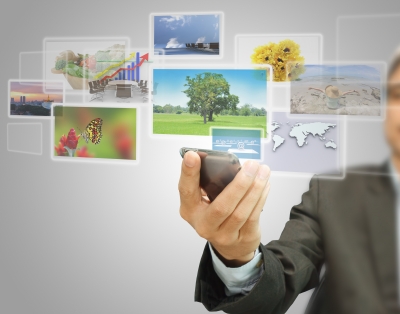 NASA and the International Space Station announced the agency remains ready to use the technology of the final frontier. Astronauts on the orbiting laboratory plan to test the usability of two pairs of wearable gadgets, known as Microsoft HoloLens, in a partnership with the software giant.

Unfortunately, the first two pairs loaded onto a SpaceX rocket were destroyed in a massive explosion a few minutes after liftoff in late June 2015. The company plans to ship two more Microsoft HoloLens devices to the station at a later date. Microsoft CEO Satya Nadella tweeted to NASA, "We're with you and ready to try again!"

The collaboration, known as project Sidekick, should demonstrate how Microsoft HoloLens helps astronauts perform tasks on the station with less training. Engineers and technicians on the ground can assist astronauts by seeing what they see through the wraparound glasses. The lenses overlay images on tools to give astronauts specific instructions on their use. The computer program also suggests the next step during repairs.

Testing Microsoft HoloLens on the International Space Station gives NASA a way to see how astronauts can use this technology on future missions. When people go to Mars in the future, help from ground-based engineers may be harder to access. Communications between a manned mission to deep space is delayed by several minutes due to limitations on the speed of radio signals over millions of miles. This new technology helps bridge that gap in case any emergencies occur.

NASA has already tested how the glasses respond to microgravity on the Weightless Wonder C9 jet. Users can manipulate the information presented on the surface of the glasses using voice commands and hand gestures. This technology has wide-ranging implications in fields such as manufacturing, medicine, gaming and computer programming.

Microsoft HoloLens links to devices running Windows 10 and uses the company's new Microsoft Holographic operating system. The computer system's guts wrap around a user's head while linking to other computers in the room to increase the processing power of the glasses. Data displayed on the glasses look like 3-D images seemingly projected in front of the wearer. Changes then occur on computers in the room. Three processors within the headset run through terabytes of data in real time to produce results quickly.

Ultimately, someone with the right know-how will be able to design something in the virtual world of the glasses and then print the creation within minutes on a 3-D printer. NASA has tested similar advanced technology in the past that has real-world applications on Earth, such as cordless power tools, 3-D printers and hook-and-loop adhesives. This new wearable technology represents another milestone in the collaborative nature of the space agency.

Microsoft HoloLens should hit the market sometime in 2016. The software giant demonstrated the product at the 2015 E3 convention thanks to the popular game Minecraft. If the audience's reaction to the headset was any indication, this Star Trek-like technology will take the tech world by storm.

Photo courtesy of nokhoog_buchachon at FreeDigitalPhotos.net