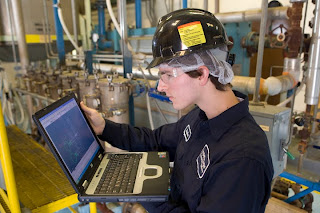 by Alex A. Kecskes
If you’re a recent engineering grad, you know how tough it is to find a decent job in your field. But there is hope. The President’s Council on Jobs and Competitiveness plans to double the number of engineering internships in 2012. As many as 50 companies will be involved in achieving this goal.
One company leading the charge is AT&T. In 2010, nearly 85 interns took on software, network and electrical engineering responsibilities. By 2012, AT&T expects to double its intern positions, with many interns segueing into full-time hires. AT&T is analyzing a number of ways for students to pursue STEM (science, technology, engineering and math) careers--including reaching out to high schools and colleges.
Some engineering schools provide students with access to many companies that heavily recruit their skills. Still, engineering grads are discovering that it takes more time and effort these days to find work. Job searches are becoming particularly challenging in some parts of the country. That said, having a college degree does make an applicant more employable. And internships build on that.
Internships provide the added boost of critically important networking. They can build a graduate’s confidence in these tough times. But how does one get an internship? Students have used engineer-specific career fairs to secure them; others land them via family or company connections. Surprisingly, most technology companies admit there simply aren’t enough engineering students.
So, how can you get the most out of an internship if you’re lucky enough to land one? Network, network, network. Talk to as many people as possible—lower level employees, support staff, engineers and managers. You’ll learn more about the company, its politics, culture and products/services. You’ll also build friendships that will come in very handy later. If it’s an unpaid internship, treat it like the first rung in a professional career. Remember you may just be laying the groundwork for a future paid position at that company.
For an added perspective, check out this video:
Got any thoughts on engineering internships? Include them in the comments section below.
Alex A. Kecskes has written hundreds of published articles on health/fitness, "green" issues, TV/film entertainment, restaurant reviews and many other topics. As a former Andy/Belding/One Show ad agency copywriter, he also writes web content, ads, brochures, sales letters, mailers and scripts for national B2B and B2C clients. Please see more of his blogs and view additional job postings on Nexxt.