Iowa Allows Drivers to Use SmartPhones as Driver's License 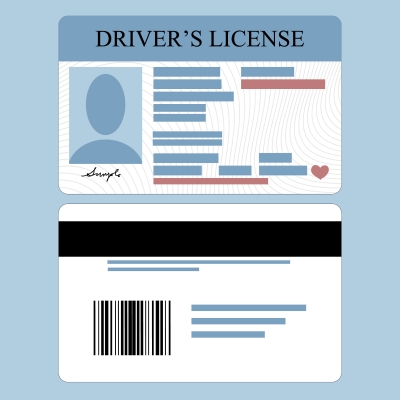 Starting in 2015, Iowa residents will have the option to download a copy of their driver's license to a mobile application for free. This smartphone license is the first of its kind in the United States, and users protect the document with a PIN known only to the holder of the license. Traditional, plastic copies will still be available after the transition to digital licenses.

Instead of fishing through a wallet or glove compartment to find a driver's license, motorists simply show a police officer the smartphone app, and the identification is handy and accessible. Airport security, alcohol sales, merchandise returns and other transactions that require a valid ID now have more convenient ways to process the information.

Saving a few minutes for just one person may not seem like a big deal when it comes to finding one driver's license. However, multiply a few minutes by several thousand times and the cumulative time savings become apparent. Handing over a phone may be faster than searching for documentation in a wallet. Most people already have a phone on hand as they thumb through apps waiting in line or sitting in traffic. Consumers instinctively reach for cellphones more often than their wallets.

Iowa claims this digital document is very secure, and the state plans to implement the driver's license sometime in 2015. Iowa plans to be forward-thinking by putting more licenses onto digital formats, such as hunting and building permits. Other states may not accept the digital license as proof of identity, even though more than 30 states allow digital driver's insurance cards.

This type of technology takes advantage of consumer-based mobile apps already on the market. Shoppers download coupons in stores, through websites and via text messages thousands of times per day. Instead of paper cutouts, consumers show UPC-ready coupons on smartphones to take advantage of sales, manufacturer's deals and discounts. Mobile coupons are tracked more efficiently, and they let companies take advantage of targeted selling.

The same type of technology may be used for mobile licenses. Instead of receiving a paper copy of renewal documentation a few months before a driver's license expires, motorists can renew the vital document within a few minutes using mobile app technology. This way, smartphone license technology saves taxpayer money by reducing staff time, increasing efficiency and preventing gaps in the system. Iowa's initiative is a win-win scenario for taxpayers, law enforcement agencies and consumer advocates.

Other states will likely follow Iowa's example. More populous states such as California, New York, Texas and Illinois stand to benefit even more from digital driver's license technology when millions of people latch onto having these documents as smartphone apps instead of plastic cards in wallets. Saving time, and thereby saving money, is in everyone's interest, so state governments can focus on more pressing issues.

Photo courtesy of Nomgpimmy at FreeDigitalPhotos.net