Is Asking for Salary History a Mistake? 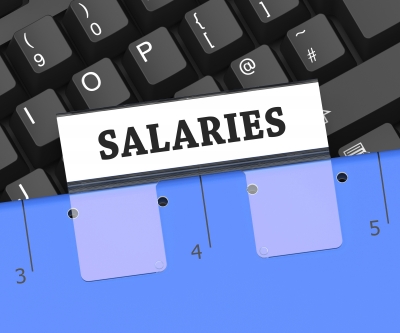 Many employers might ask candidates for their salary history ahead of making an offer and before salary negotiations. While this is a standard practice across several industries, hiring managers should rethink these policies in a highly competitive job market. Review these 10 reasons why it's a mistake to ask a potential hire about previous salary levels.

Candidates may not want a job because of money. Instead of focusing on salary history, have a real conversation with your potential hire as to why he wants the job. Perhaps the candidate wants to spend more time with family, have a less stressful workload or feels like retooling his entire career.

2. Growth May Not Indicate Performance

A candidate's steady growth in salary may not indicate higher performance levels. Some years, former employers simply may not have been able to afford to pay someone more money. Keep in mind that base salaries may not take into account commissions and bonuses for high levels of performance.

Assessing someone's value isn't necessarily based on salary. Companies publish a base salary as a starting point for negotiations, not the end.

4. Who You Cannot Afford

Salary history may indicate you cannot afford to hire a person, but that's not a correct assumption. Until you talk to a candidate face-to-face about salary, you don't know why he wants the position beyond economic factors.

You might believe a candidate is a skilled negotiator when he lists a higher salary. Again, the salary may include bonuses, and bonuses have more to do with on-the-job performance rather than negotiation skills. Not everyone may reveal previous pay, and it's even illegal to ask for previous salaries in Massachusetts.

Salary history is strictly an economic and business decision. If you want to focus on compensation for a candidate, then you may attract a candidate who is only in the position for the money. Asking about someone's past salary may turn top talent away from your company.

Previous compensation is not an indicator of how well someone handles stress. Perhaps your candidate wants a lower salary simply because he doesn't want the same stressful job as before.

It's your job to compensate people fairly based on their skills and abilities rather than their previous experience or any bias you may have toward a particular candidate. Salary history may lead to certain prejudged notions that have no place in contemporary workplaces.

Recruiters may see previous salaries as a way to limit what candidates they send to you. Instead, tell recruiters to give you candidates who are good cultural fits. You might find a diamond in the rough.

Recruiters could make a huge mistake and simply guess at a person's previous salary. Because wages increased once the economy recovered from the Great Recession, market forces changed to a candidate-driven model. Companies should perform market-driven research to derive an appropriate salary.

Asking for a salary history is a mistake, plain and simple, because candidates show interest in positions for more than just monetary reasons. Rather than talk about past compensation to land top talent, examine these 10 reasons to have real conversations about culture, skills and qualifications.