Is Engineering a Man’s Field? 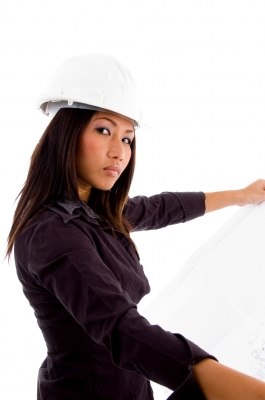 Engineering has long been a male-dominated field, much to the chagrin of female engineers. Recognizing the fact that diversity is beneficial to operations, however, many universities and engineering firms are encouraging women to pursue engineering jobs. As a result, the face of engineering is slowly beginning to change.

For female engineering professionals, it is not uncommon to be the minority. The pattern starts in college, where many engineering classes are largely populated by men. As women graduate and enter the workforce, they often find themselves in engineering jobs without female colleagues or role models.

The root of the problem, according to many experts, starts even earlier. From a young age, girls are not encouraged to excel in math and science—at least, not to the degree that boys are. In addition, some kids get subtle signals from parents or teachers that careers in engineering and science are for boys rather than girls. As a result, many young girls are not pushed toward advanced classes and other opportunities, so they don't see engineering jobs as a career possibility.

The ramifications of the gender segregation last long into adulthood. Women are underrepresented at all levels of engineering. Even when they reach the status of professional engineer, women are less likely to hold executive positions and earn advanced degrees.

As a result of the male-dominated atmosphere in school and at work, many female engineers experience discrimination, both outright and unspoken. They may find that their ideas are not given as much attention, they are passed over for promotions, or they are excluded from activities that have an impact on job progression. This boys’ club attitude only serves to further reduce the number of women in engineering jobs. The issue of gender diversity in engineering is global; according to the “Belfast Telegraph,” industry professionals in Northern Ireland recently issued a report highlighting the need for more women in the field.

Fortunately, many engineering firms and universities are taking charge of the situation and taking steps to reduce the gender disparity. The computer giant Microsoft runs all-girl computer camps, and The Society of Women Engineers organizes a program called Aspire to open up doors for young girls. Other companies are running after-school programs, sponsoring science and engineering activities for girls, and offering scholarships to summer engineering programs. By making engineering jobs an attractive option for girls and young women, engineering industry professionals are hoping to change the gender-biased landscape.

Although the process of change is slow, women are becoming a larger part of the engineering industry. With each successive year, more female graduates are pursuing engineering jobs, ensuring that the gender gap will eventually be overcome.