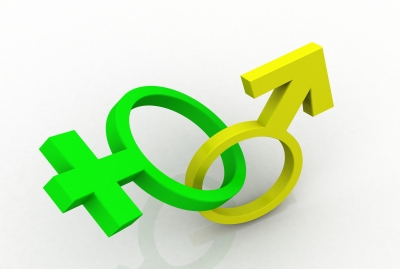 When you carry out performance reviews within your organization, it is possible you are treating men and women differently, even if you do not intend to discriminate by gender. Many people have an unconscious gender bias, which can affect the way they review the performance of men and women within a business. Consider these tips for recognizing and dealing with this bias.

Annual performance reviews are very subjective, which means they are vulnerable to confirmation bias. For example, if the person handling the performance reviews expects women to struggle in management roles, he is likely to notice examples of women who failed to lead confidently. At the same time, he may overlook evidence that does not confirm his ingrained biases, such as occasions when women successfully led teams.

Performance reviewers may also interpret behavior differently according to whether it comes from a man or woman. For example, reviewers often describe men who spend a long time making decisions as careful and thoughtful, while women who behave in exactly the same way are described as being confused or paralyzed by indecision.

There are some steps you can take to reduce the amount of gender bias in your company's performance reviews. You can use feedback structures that are designed to remove bias from feedback given by managers to women and men. Giving more frequent feedback can also be beneficial for women. Instant feedback can give them confidence in their abilities by providing positive reinforcement in real time. Instant feedback also helps both men and women to change their behavior to become better at their jobs.

Studies show that women are getting a raw deal in annual performance reviews. Giving more frequent feedback, as well as taking steps to make feedback more objective, can help you to appraise the performance of men and women on a level playing field. This could help to promote gender equality across your organization.