Is It OK to Fire an Employee on Twitter? 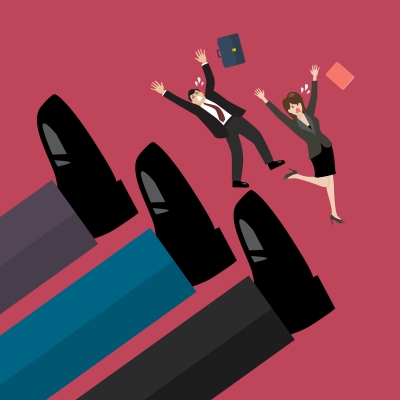 Rex Tillerson, the former Secretary of State, reportedly found out on Twitter that President Donald Trump fired him. This wasn't the first time Trump employed such tactics, and former FBI director James Comey discovered he was out of a job through watching the television news. Trump's tactics for firing an employee are not the norm, and companies don't usually terminate workers through social media. Take these ideas to heart when terminating members of your team.

Employers recognize one simple fact when it comes to firing employees on Twitter: social media works both ways. Once an employee no longer works for your firm, he has nothing to lose if he feels wrongly terminated. If you fired someone very publicly on a social network, the terminated employee can fight back in the same way. Your former co-worker can take to LinkedIn, Twitter and Facebook with the evidence that your firm is not the best place for top talent. Then, it becomes more difficult for you to hire people who are the perfect fit.

One thing to remember is that The White House is not the same as a traditional company. Anyone who works in government has a highly public job, and it takes special connections and a career in politics to even land a position with the president of the United States. Politicos want to work in high-powered positions, even it if means putting up with the chances of being fired by the president on Twitter. The White House is not your company, and you should not treat people the same as the president treats his employees in Washington.

Companies Are Made of People

Remember that companies are only as good as the people working there. People have feelings, emotions, families and passions that go beyond just a paycheck and clocking in 40 hours per week. Finding passionate workers who want to spend a career working for you are valuable commodities, and you shouldn't treat workers as mere numbers.

Do not fire someone out of impulse from an emotional situation. Firing a co-worker should be a deliberate exercise that you carefully consider over time. You should always let an employee rectify any situation before making a decision that's hard to take back.

Avoid fighting with a fired employee, because that just makes the situation worse. Fighting could even lead to complaints filed against you for personal attacks or assault. Even worse, if a former employee takes you to court over the argument, then that is a matter of public record.

Always follow your company's policies when it comes to termination. Have documents that back up your claims when firing someone. That way, you avoid legal problems later if the employee feels he was wrongfully terminated. Firing someone on Twitter simply creates a paper trail that can be used against a company in court.

Firing someone on Twitter or in a similarly public way is not the example you want to set for the rest of your team. It can lead to mistrust and a toxic work environment if you're not careful. How do you handle firing someone at your company? Let us know in the comments below.