Is Kubernetes Heading for a Fall? 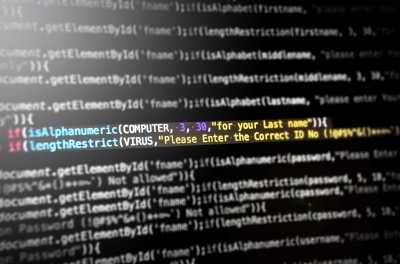 Thanks to a growing nature of open source, where tech companies go to solve problems with their APIs and products, one huge entrant into this market may decline and go away. Kubernetes is a project mostly funded by Google, but as many as 71 percent of enterprise companies rely on this project for container management when it comes to app designs. See what industry experts believe may happen to Kubernetes in 2017 and beyond.

Apcera founder Derek Collison believes Kubernetes is going the way of OpenStack. What happened there is that OpenStack tried to be the go-to project on open source for everyone. The company lacked a purpose, and it failed because other options entered into the coding market. Although Red Hat built a decent software company around OpenStack's model, most of the other startups that rallied around OpenStack failed to make any progress in their chosen markets. Those startups largely faded from existence.

On the other hand, Joe Fernandes, senior director of OpenShift product management at Red Hat, sees Kubernetes as a valuable resource. Open source represents a critical component of innovation as programmers work to fix bugs, improve efficiency and find flaws in coding. Google and Red Hat rely on Kubernetes, but so do IBM, Microsoft, CoreOS and Heptio.

Open Source as a Commodity

There are a few factors that may spell success or failure for Kubernetes. First, Google uses Kubernetes heavily to innovate its Google Borg project, which makes software more efficient by putting hundreds of thousands of jobs across tens of thousands of computers. Rather than have one computer work on a large program, Borg breaks down programs into little bits for computers to digest. Borg is the perfect way to manage containers, or breaking up apps into smaller bites for easier management and discovery. If Google pulls out of Kubernetes and chooses to rely on Borg, then a lot of the support and funding for Kubernetes goes away. It would be up to other companies to fill the gap.

Second, open source may lack proprietary ownership, but it still requires financial support to be successful. Democratization of coding does not mean companies cannot profit from its use. Google puts certain codes on Kubernetes so its programmers get insights into how to get around bugs or efficiency problems. Kubernetes is a valuable resource, because Google uses it to help its proprietary products such as Google Borg. Therefore, the perceived value of Kubernetes is certainly not free or zero.

If Google, the top contributor to Kubernetes, suddenly leaves, can the project survive? Fernandes says Kubernetes has a bright future because many of Google's competitors see it as valuable. Even if Google bails, the leaders of Kubernetes and Red Hat can convince other players in the market, such as Oracle, to step in and fill the gap.

Further, hybrid cloud-based platforms are emerging as the dominant model for computing. As such, public entities, startups and smaller companies may rely on Kubernetes to solve API problems as cloud-based systems learn to talk to each other.

Kubernetes probably isn't going away from open source any time soon due to the market forces driving development of cloud-based systems. There's more to tech firms than Google, and programmers rely on the community of Kubernetes as problem solvers.

Photo courtesy of Khotcharak at FreeDigitalPhotos.net