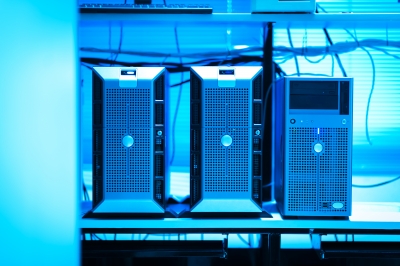 As technologies change and older security systems become more vulnerable to a wide variety of attacks, your security needs to keep pace with emerging technologies. This is even more critical now that a large number of internet-connected devices are beginning to reach the mass consumer market, creating surprising vulnerabilities from unexpected sources.

It's almost comical to imagine that a Wi-Fi-connected lightbulb or refrigerator could pose a challenge to modern security systems, but because these devices rely on a continuous stream of information passing through to them, they can expose flaws in your security system. For example, a Wi-Fi-equipped fridge may send information about your food-eating habits over an exposed channel; this could be replicated by a potential hacker to gain a foothold inside your firewall. The hacker can then use this device to infect other devices.

Similarly, Wi-Fi-equipped lightbulbs can replicate a wide range of colors and patterns, and communicate with other lightbulbs to provide a measure of automation. These emerging technologies can be controlled externally, potentially bypassing standard security systems. The security of these devices can be somewhat suspect, and the sheer number of lightbulbs a modern office building requires can make determining security for each type of lightbulb installed a technological nightmare.

Other problems with emerging technologies include the rise of tablets and smartphones able to handle modern computing tasks almost as effectively as laptops and desktops. Despite their portability and convenience, these devices represent an increased level of threat as they are just as capable of carrying in security threats as a USB stick. Indeed, because they're capable of processing independently of your systems and can often be included as an exception to your firewall, they are even more vulnerable — they could be viewed as the technological equivalent of a plague victim in the middle of a town hall meeting.

Solutions to this emerging technology conundrum may involve other emerging technologies. While the initial approach is often to ban all user-brought devices to homogenize security — including the security of confidential information — the rise of cloud computing can help ensure that devices have an extra layer to go through before they physically access the network. Automated installs of security programs and automatic vetting that security is completely up to date can reduce the risk of malicious software getting through. Similarly, IT support and management must carefully assess internet-connected devices and their associated benefits compared to the potential risks.

Emerging technologies can be beneficial to a company, but their risks and impact must be carefully weighed to determine whether they are appropriate. Companies need to set careful security management procedures to reduce the likelihood of a malicious attack through unusual vectors.

Image courtesy of cookie_cutter at FreeDigitalPhotos.net