Is That Job Applicant Really Lying? 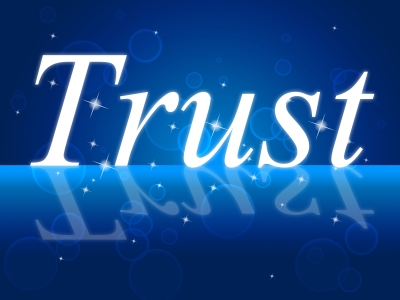 One key to better hires through HR is a thorough vetting process that checks references, looks into college degrees and investigates someone's Web presence. However, picking out a lying applicant may be tougher to do in today's technology-savvy world, especially if the candidate practices and rehearses the job interview.

How does HR determine if a person is lying? First, you have to believe the person is suspicious or that something doesn't add up properly. A lying applicant might have accomplishments or awards that do not exist, made-up references that never show up on LinkedIn or irrelevant work experiences that have nothing to do with someone's educational background.

On the other hand, a candidate's behavior may not indicate lying at all. If the resume checks out, perhaps the person is just nervous during the job interview. It's up to the hiring manager to determine how far to investigate whether someone lies about credentials, skills or experience. Keep in mind that HR might not tell the full story either. A job description often does not relay the full scope of a job's essential duties, nor does HR feel like divulging why a candidate's predecessor left if the person quit under dubious circumstances.

If you feel you have a lying applicant on your hands, one thing to look for on a resume is someone's employment dates. Jobs with a short duration may not show the entire story of someone's tenure. An employee who worked from 2012 to 2013 may have just been there for two months from December of one year through January of the next.

Embellished job titles may also point to someone who is untrustworthy. Adding "senior" to a job title might indicate someone tried to show they have more experience than what is actually true.

A lying applicant might give vague responses during an interview, but that might be due to nervousness. Most candidates can give answers that are more than one sentence in length and chock full of details. In general, people enjoy talking about themselves. Someone who cannot give good responses in an interview may not get the job anyway because of the poor answers as opposed to telling half-truths.

One way to weed out a lying applicant during the interview stage is to simply say, "Walk me through your resume." By the time a candidate gets to this stage in the game, the person should know his resume backwards and forwards. Take note of any discrepancies between what the potential employee says versus what's listed on the resume. Were there any projects he mentioned that didn't show up in the experience section? What about the order of the previous employers?

With all of these things to examine, you might actually be too fearful of candidates pulling the wool over your eyes. Perhaps one bad apple got through and it ruined the applicant process for everyone else. Instead of seeing every prospective employee as a possible liar with something to hide, try to recruit people by having a more positive attitude.

Remember, it's not the job of HR to weed out a lying applicant. The normal job search process weeds out candidates based on how they rate against each other, not whether a person lies on a resume.