Is There Really a Shortage of Specialty Trade Contractors? 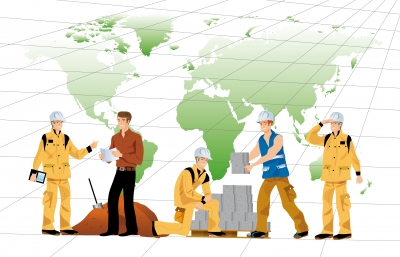 With an expected growth rate of 76 percent for new commercial and industrial development by 2014, construction firms are worried about a shortage of qualified workers, especially specialty trade contractors. Some trade unions deny the shortage and assert that union schools and training will be able to meet the increased demand for future construction personnel. A look at recently published numbers seems to indicate that trade unions are being a tad optimistic about the industry struggles to maintain enough trade contractors.

According to the Associated General Contractors of America (AGC), construction unemployment numbers for June reached a low not seen since 2008. Although construction jobs haven't reached the peak levels seen seven years ago, employers are struggling to staff up to demand. Industry analysts indicate that a third of general contractors worry about a growing shortage of specialty trade contractors, including foundation experts, roofers, plumbers, electricians, and other providers of technical construction services. General contractors may work with existing companies for these services or hire contractors for a specific project or time; without licensed technical workers, most construction work required to raise a new home or building cannot be completed.

Because unemployment among experienced construction workers has fallen below double digits, contractors are having to scour the market to fill open positions. One reason for the scarcity of skilled labor is the market's reaction to the previously high unemployment in the sector: lacking the ability to sustain viable construction employment, many skilled workers have moved into new careers. Even trade contractors like electricians and roofers have gone back to school or sought work in growing industries such as healthcare. Many of these workers are not returning to the construction industry.

As construction employment numbers continue trending upward, it's possible new workers will invest in the education and training necessary to enter the industry. In fact, construction employers are urging governments and education systems to reinvest in trade and vocational programs. According to some industry experts, the current shortage of skilled workers pales in comparison to the possible severity of future shortages if employers don't take action. It's important to encourage young people to enter skilled-labor careers and provide them with the necessary training prior to employment. Construction companies don't have the resources or time to babysit unskilled labor.

The AGC is also urging federal lawmakers to reject immigration caps embedded in the Senate's immigration bill. These arbitrary caps would limit the number of construction workers permitted to enter the country on work visas. The stated purpose behind the limits is to protect American construction jobs, but industry leaders point out that with the caps, available positions will be left unfilled while skilled-trade contractors are unavailable.

Industry statistics do seem to indicate a growing deficit of both skilled trade contractors and experienced construction workers. Despite apparent union confidence, most industry experts agree that employers and organizations should take action now to keep this problem from becoming a showstopper in the future.