Is Wearable Tech Really Worth the Cost? 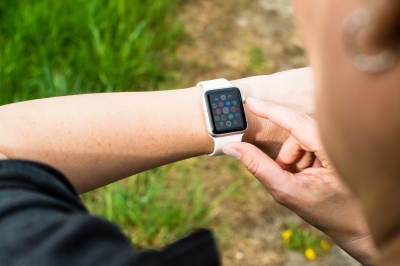 Companies such as Google, Nike and Apple have developed a range of wearable tech devices, many of which can monitor health and fitness to improve the wearer's well-being. While the data that these devices collect is undoubtedly useful for fitness fanatics and health care professionals, many analysts are unsure whether consumers are actually prepared to pay the high cost of wearable tech.

The launch of the Apple Watch in April 2015 was accompanied by a great deal of media hype. However, customers have not flocked to buy the device. Analysts have questioned the value of the smartwatch, given that consumers can already access all of its functionality on their smartphones.

One problem that the Apple Watch faces is that it is simply too expensive for many people. With a price tag of more than $300 combined with the requirement for the user to be an iPhone owner, the smartwatch is out of the price range of several consumers.

Wearable tech devices that have been successful are generally priced much lower than that. Fitbit tech fitness bands start at around $100 and are very popular with health-conscious customers. In fact, data from the International Data Corporation revealed that Fitbit sold 3.9 million devices in the first quarter of 2015, a sales figure far greater than that of its competitors.

Xiaomi placed second in the early 2015 sales, with 2.8 million units sold during the first quarter of the year. These sales far outpaced those of Samsung and Apple wearable tech devices during the same period. Like Fitbit, Xiaomi devices are affordable, with prices often well below $100. The Xiaomi Mi band, a smart wristband that can link to an iPhone or Android mobile device, sells for as little as $20.

Android Wear smartwatches have been on sale since 2013. However, they have failed to have a major impact on the wearable tech market. Like the devices produced by Apple, Android smartwatches have lost market share to less expensive bands and bracelets.

Some experts predict that retailers could sell up to 100 million wearable tech gadgets by the end of 2018. However, in order for this prediction to come true, these devices will need to be reasonably priced and offer obvious value to consumers. In particular, manufacturers need to clearly explain what users can do on their smartwatches and bands that they can't already to with their smartphones.

Wearable tech has a number of potential applications in health care and personal fitness monitoring. However, in order to break into the mainstream consumer market, manufacturers need to keep their prices low. The devices that are currently selling most prolifically are the least expensive options, such as the Fitbit and the Xiaomi Mi fitness bands.