Is Windows 8 Affecting the Sale of Computers? 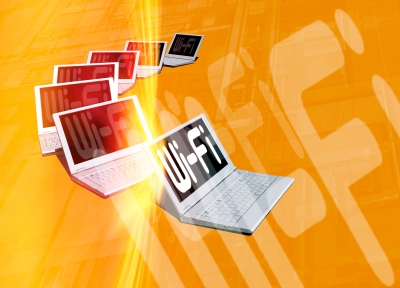 Sales of personal computers declined in 2013 with first quarter shipments at nearly 14 percent less than they were the previous year. Microsoft introduced the revamped Windows 8 operating system in an attempt to help bolster sales, but according to some experts, the new OS could be what's hindering computer sales in the industry.

Windows 8 is not the only reason computer sales are down. Mobile computing is now far less expensive and more portable than a desktop or even a laptop. The average price for a new computer in 2013 was $500 to $1,500, while the initial out-of-pocket cost for a Smartphone was just $99. Even the more expensive tablet PCs sell for around $200 to $300. Mobile computing allows you to stay in touch with your work, maintain your schedule, check emails, and even download documents just as quickly as a personal computer, and the cost of service for a mobile phone is usually much cheaper than high-speed Internet. If you prefer the concept of Windows 8, there are even Windows-based cell phones on the market.

The new version of Windows was designed to work with touchscreen computers. The problem with Windows 8 comes with the fact that the touchscreen option raises the bottom price of a personal computer. For those who already have computers, the upgrade from Windows 7 to Windows 8 is disappointing because you can't enjoy all of the features the new OS offers. In spite of the dismal computer sales numbers, Microsoft says the company has sold over sixty million copies of Windows 8, and some of those retail sales go toward laptop-tablet hybrids that feature detachable keyboards.

What many experts fail to tell when blaming Windows 8 for the decrease in PC market sales is that Microsoft offered the new OS to existing Windows users at extremely low prices. Windows 8 runs perfectly on older hardware, which results in fewer incentives to purchase new computers. Windows 8 does take a dramatic shift when compared with its older versions. The goal was to compete with tablets and mobile devices by bringing the touchscreen to life on a desktop or laptop. The bottom line is that many compelling reasons now exist to purchase a personal computer aside from the operating system. With more people on the go, it could be that mobile devices are far more desirable now than standard PCs.

No matter how appealing Windows 8 is, statistics show that most people want a mobile device instead of a laptop or a desktop. This doesn't necessarily mean that Windows 8 is a bad tool—it just means that consumers are looking for something they can take to the beach or use while sitting in the carpool line rather than carrying around a clunky computer.