Is Your Cover Letter Really Being Read? 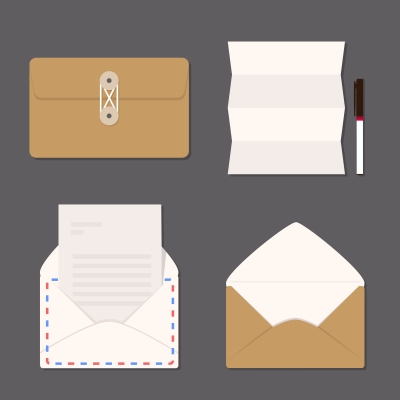 While writing for Science Careers — part of the journal Science published by the American Association for the Advancement of Science — David G. Jensen conducted an unscientific poll on cover letters among his human resource colleagues. The results showed that just 40 percent of the human resource personnel interviewed read cover letters regularly. Among other things, this figure suggests that cover letters are necessary, at least in certain contexts.

A large number of companies no longer ask for cover letters, according to Ambra Benjamin, an engineering recruiter. This is because, as Jensen found out, a significant number of cover letters rarely get read by recruiters. This is partly the result of advances in technology; unlike the days of yore, modern, computer-based applicant-tracking systems can process resumes and even generate interview requests to potential candidates with minimal human intervention. Little wonder, then, that recruiters feel little need to read through thousands of cover letters in order to find the right candidates.

However, that does not mean that the era of cover letters is over. These introductory documents are still required in industries ranging from management consulting to finance. Cover letters are also likely to be demanded -- and read -- by hiring managers, particularly those working for small organizations with modest hiring needs.

Andrea Piccarreli, a human resource manager at the The Smithers Group based in Akron, Ohio, also points to cases where recruiters use these documents to verify details normally not found on resumes, such as the willingness to shift to another geographical location, to emphasize the need for cover letters. These documents may be necessary when explaining significant employment gaps and other inconsistencies in resumes. Cover letters can also serve as the ultimate proof of a prospective employee's ability to communicate well, particularly in jobs that require excellent communication skills.

The foregoing begs another question: what kind of cover letters are recruiters likely to read? Benjamin offers a number of tips. First, recruiters are unlikely to pay attention to cover letters without a personality, so letters crafted from a template are unlikely to capture the attention of a hiring manager. Second, the document should be short and succinct. Bullet points may be required in some job applications, but overall, cover letters must be kept short. Third, cover letters should be sent as part of the body of an email, not as a separate attachment. As Benjamin puts it, "Only one attachment is getting opened, and it's always the resume." Fourth, emailing a cover letter directly to a hiring manager or a recruiter, where it is more likely to get read, is preferable to attaching it to an online application or sending it to a general email address. Finally, cover letters should be tailored to the target organization.

In many ways, cover letters hark back to an earlier, simpler age, but that does not mean they are utterly superfluous. The introductory documents are still demanded in several industries, and they can make a significant difference when seeking jobs in smaller organizations. For that reason, the art of writing inviting cover letters should form part of every jobseeker's arsenal.