Is Your TV Spying on You? 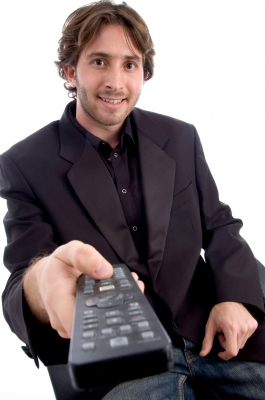 In early February, the Internet came alive with news of spying televisions, namely, the Samsung SmartTV. To streamline the user experience, the television is built with a voice activation feature that responds to spoken commands. Many owners were alarmed to learn that their televisions might also be capturing and storing conversations and other verbal fragments.

The news about the Samsung SmartTV first emerged in an article on the website The Daily Beast, which alerted users to a surprising statement in the Samsung privacy policy. The statement advises SmartTV owners that anything they say in front of the television can be transmitted digitally to an external service that translates spoken words to text. If users discuss "personal or other sensitive information" near the television, the policy warns that the details may be sent to the third-party service.

Even more alarming is the video function of the Samsung SmartTV. Each model is equipped with a built-in camera capable of facial recognition. Although the designated purpose seems to increase security by replacing a password, many analysts worry about the potential consequences. A device that has the power to recognize voices and faces can capture an alarming amount of personal information, all without users' awareness.

For many users, the idea of spying televisions raises Big Brother-style concerns and the presence of artificial intelligence in contemporary society. After all, the policy for the Samsung SmartTV also warns owners that their television may transmit information to third-party providers of apps and video content. What's worse, as soon as user connects to an app, Samsung does not accept liability for the app's use of transmitted data.

Users who are concerned about privacy can opt out of the Samsung SmartTV voice recognition and face recognition features. According to Samsung, the process is as simple as deactivating each feature or disconnecting the device from the Internet. In the process, however, device owners lose access to many of the features that makes the television "smart." Since voice recognition only kicks in when a button is pressed on the remote control, users also have the option of ceasing other conversations when using the feature.

Despite the strong reaction against televisions that listen in on conversations, the average owner has no need to panic or throw out their devices. The Samsung privacy policy states that the company will be using the information to operate the voice recognition system and to "evaluate and improve the features." As for third-party data collection, the manufacturer advises device owners to do their research and proceed with caution — sound advice for any digital device.

In the aftermath of the Samsung SmartTV, many users are paying more attention to the power of their everyday devices. While televisions are unlikely to be actively spying on their owners, users can increase data security with awareness and common-sense precautions.

The Best British Shows You Should Be Watching
news via Refinery29