Is a Retail Slowdown Coming? 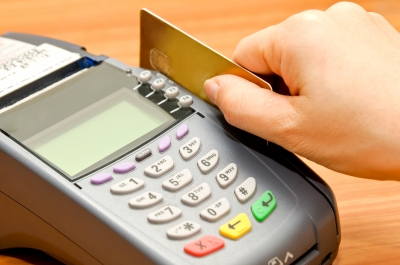 The retail industry is the bedrock of America's consumer-driven economy. Near the end of the year, sales are always expected to rise in anticipation of the holiday season, which is always the busiest time of the year for retailers. A bad retail sales report during this season is the fear of anyone who's banking on a strong rebound in the economy. The question is whether or not the slow recovery will continue through the end of the year and whether the gains can be held through 2014. In other words, is the retail industry facing a slowdown?

It's natural to think that the retail sales report is mostly of interest to retail professionals. A slowdown in the retail industry, however, has implications that reach far beyond the industry and into just about every other sector of the economy. Without work, the people who are employed in the retail industry will restrict their own purchases, fueling the recession. Without retailer deposits, banks must either restrict lending or do so at a higher debt-to-equity ratio, which increases systemic risk. A slowdown will also hurt the retail industry's ability to purchase from its suppliers.

The good news is that economists have been projecting fairly optimistic numbers throughout the year. Analysts anticipated a 0.4 percent rise in August 2013, for example. While the actual rise was half of what was expected, the upward trend has been unmistakable. Recovery is in the air, and the retail industry is at the heart of it. The numbers have been so rosy that the National Retail Federation felt confident enough in September to project a 3.9 percent rise in retail sales through the holiday season.

Here's the bad news: this prediction was for an economy that wasn't faced with a government shutdown or potential debt default. Those two factors are driving a frightening spiral of declining consumer confidence and—hopefully temporary—mass unemployment in the form of 800,000 furloughed federal workers. As the crisis in Washington deepens, the numbers grow darker for the retail industry. According to David Stockton, a former research director at the Federal Reserve and now a fellow at the Peterson Institute, every single week of shutdown is costing the domestic economy 0.15 percent of its annualized growth.

Even worse than the shutdown is the looming default. By October 17, it will be necessary to raise the federal debt ceiling to authorize the Treasury to make the required payments on the bonds it's issued. Failure to do so will almost certainly result in the first debt default in America's history. The consequences of this cannot be predicted, but they're almost certain to be negative.

And so it would seem that the pace of the recovery, or whether there's going to continue to be a recovery at all, hinges on what happens in Congress. As time slips by and the holiday season draws near, the fortunes of the retail industry will depend on responsible government policy.

We're entering the most important earnings season in recent memory,...
news from Markets