Is it Game Over for Sears? 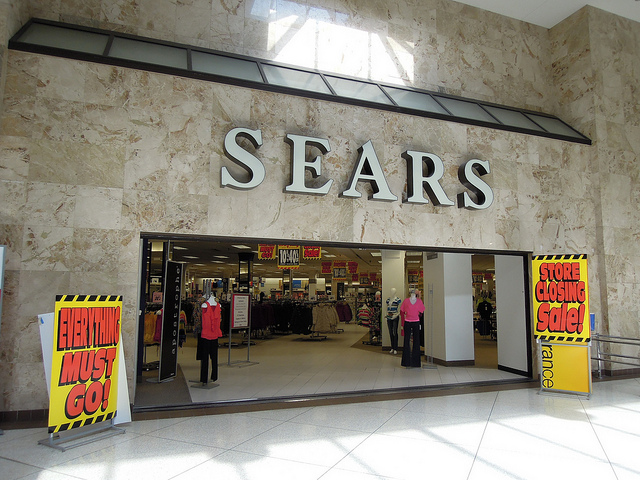 Sears and Kmart, both members of Sears Holdings, have been closing stores at an alarming rate. Other stores are in bad repair with everything from broken escalators to sheets hung to hide empty store space from customers. These factors are pointing to Sears' near-certain failure which, according to Business Insider, is expected within the next two years as of spring 2017. The root of this downhill slide may lie with the company's leadership.

The CEO of Sears Holdings, Eddie Lampert, took the position in 2013, but since then, company workers and executives have only seen him in person about once a year at a shareholders' meeting. For the rest of the year, he makes appearances through videoconferencing from his billionaire estate on Indian Creek Island. Although he has invested $1 billion to try to keep the retail giant in business, a lot more effort is needed to make a comeback. However, in the eyes of other Sears Holdings members, a greater physical presence may not necessarily be a positive change. The leader is known to blow up during presentations, blaming those present for issues and ranting for upwards of 40 minutes. This type of leadership undoubtedly contributes to the company's already low morale.

Lampert has shown a lack of focus on physical store locations, investing more in the online store. Senior executives of Sears Holdings have claimed that Lampert is trying to transform the company into a more asset-light tech company along the lines of Apple and Microsoft. His strategy reportedly involves gathering and selling customer data. Instead of leading the company to fast growth, however, Lampert may be quickening the journey to Sears' bankruptcy. According to Business Insider, the CEO may even benefit financially from the company's failure, representing a conflict of interest that leaves everyone worried.

The Shop Your Way program, which Lampert introduced in 2009, was designed to let customers accumulate points through purchases that could later be redeemed for rewards, such as discounts. Unfortunately, the program has created major issues. In Kmart stores, cashiers went from scanning 18 items a minute to around five, which is holding up lines and creating unhappy customers.

Sears Holdings would need to raise $1.5 billion in 2017 to avoid Sears' bankruptcy, says Business Insider. Lampert has been getting rid of the least profitable physical store locations in a last-ditch effort to keep things afloat. In fact, the company announced the closure of 10 percent of its stores in early 2017, or 150 locations. It is also looking to sell off some of its key brands, including Kenmore, Craftsman and DieHard.

Lampert's no-hands approach and poor decisions regarding Sears Holdings are just a few reasons why this may be the end for the company. Although the closing of hundreds of Sears and Kmart stores is inevitable, there may not be hope for recovery for the retail giant in any form.

Photo courtesy of Wampa-One at Flickr.com

Is That Kit Harington's Real Butt?
news via Refinery29

The Design Duo Behind The Century’s Most Famous Album Covers
news via Co.Design