Is it Really Gluten Free? 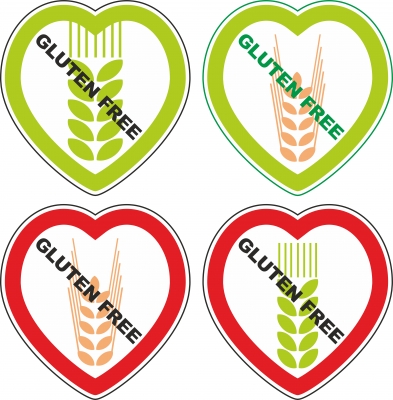 The growing market for gluten-free products has helped make life more convenient for gluten-sensitive individuals. However, a new study suggests that some foods that are labeled gluten-free may in fact contain trace amounts of gluten.

The study was funded by Gluten Free Watchdog, a subscription-based service that provides gluten testing reports for a fee. Researchers tested 101 foods that were free of ingredients associated with gluten, such as wheat, rye, malt or brewer's yeast. The products tested did not claim to be gluten-free, but because they were free of the associated ingredients, a consumer might assume them to be safe. "In our research, the use of an allergen advisory statement for wheat on products not labeled gluten-free but appearing to be free of gluten-containing ingredients was not a useful predictor of gluten content," states Tricia Thompson, founder of Gluten Free Watchdog and lead study author.

The study examined a variety of products, including baked goods, cereals, candy, beverages, teas and spices. While some of the tested products did come with warning labels advising of possible gluten content, 87 did not. Of these, 13 items tested positive for gluten. The 14 items that did contain warnings were also tested, with only one item testing positive for gluten. Study results were published in the European Journal of Clinical Nutrition.

As of 2016, U.S. Food and Drug Administration guidelines require all packaged foods labeled "gluten-free" to contain no more than 20 parts per million of gluten. This requirement is intended to protect people with celiac disease, a condition that causes the body to overreact to gluten consumption and can lead to malnutrition, intestinal damage or low bone density. While there are stiff rules regarding gluten-free labeling, allergen advisory statements on food labels are completely voluntary. This study aimed to shed some light on how arbitrary and misleading these statements can be.

This study was performed on a small scale, and it does not represent all foods sold in U.S. grocery stores. In addition, it is impossible to determine where and when the gluten contamination may have happened along the production line. Some of the products that tested positive for gluten contained oats, which could have come into contact with gluten at the agricultural level, during the farming process or in grain elevators, says Steve Taylor, a food allergy researcher at the University of Nebraska.

Individuals with allergies or sensitivities to gluten may not be affected by the trace amounts of gluten found in the products studied, but people with celiac disease may still suffer severe reactions. Due to a lack of federal regulations regarding gluten-free labeling, it might be safest for the most sensitive consumers to avoid all grain-based products, regardless of whether the label says "gluten-free." Always consult with a doctor regarding safe dietary practices.

Our Expanded Google Partnership Means We Can All Shop Target Hands-...
news via All Articles

How Not To RSVP To A Wedding
news via Refinery29

Treat Yourself! The Sweetest Desserts In NYC
news via Refinery29