Is it Time to End Secretary's Day? 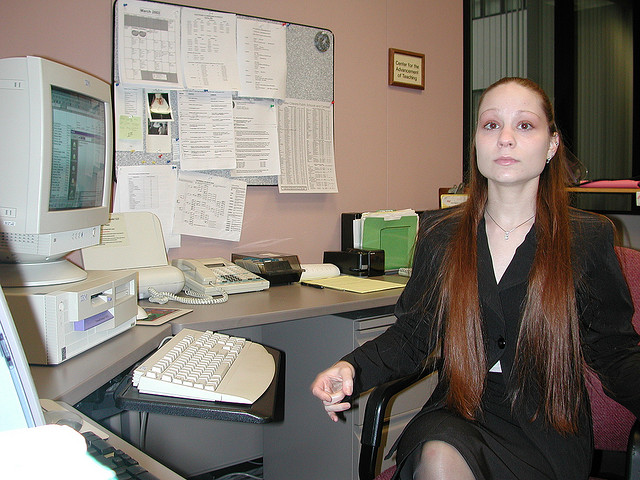 Secretaries Day, now updated to Administrative Professionals Day, falls during the last week of April every year around the world. This day gives bosses, managers and executives a chance to honor and recognize administrative assistants for their dedication to the job. So, what's wrong with recognizing administrative professionals with a special day? Turns out, it might be causing some unfavorable tension among your staff.

Secretaries Day honors various administrative professionals, assistants, receptionists and other support workers by encouraging their employers to shower them with flowers, gifts, lunches and other tangible rewards. Support personnel have tough jobs trying to keep offices together, arranging meetings, taking phone calls and dealing with angry people on a regular basis. A special day that honors that seems like the least companies could do.

In recent years, however, Secretaries Day has come under fire as being demeaning and patronizing. This is because the "holiday" separates the administrative staff from the rest of the employees. There is no IT Day, Mailroom Day, Temps Day or Accountants Day. The most similar observance is Boss's Day in mid-October.

While the point of Administrative Professionals Day is to recognize the contributions of those employees in the field, all the extra flowers, gifts and lunches just exacerbate a stigma. Employees may mean well by thanking an administrative assistant on the holiday, but the assistants should be recognized and respected every day.

Instead of paying special attention to them on just one day out of the year, administrative staff should not be marginalized at all. The boss should make coffee for the office manager — not the other way around — to show appreciation regularly.

Additionally, some employees may feel left out or slightly depreciated when the day ultimately rolls around. Sure, Stacy the receptionist gets flowers, but shouldn't Jack in the copy room get a free lunch? Rachel the executive assistant gets a massage gift certificate, but what about Mike the intern? Then there are also those who are simply left out or overlooked altogether.

Administrative assistants deserve to be treated with respect year-round. Their jobs should be taken seriously because they are vital members of the team rather than "just the secretaries." Some companies treat the holiday as a huge festival. A community college in Connecticut in 2013 hosted a daylong celebration for administrative personnel. The college hosted speakers, catered food and provided professional development opportunities for administrative personnel. Other companies followed the college's example.

The holiday becomes a two-edged sword for managers who do not want to offend their assistants by making a big deal out of the holiday but do not want to completely ignore the important members of their team who run the office. Instead of marginalizing assistants, bosses should consistently give them raises, respect and rewards based on their performance like they do with everyone else.

Administrative professionals perform vital functions for companies large and small. Although a holiday devoted to these employees may seem like a genuine show of appreciation, it may turn into a larger issue that shows how much these workers are truly undervalued.