Is the CDC Doing Enough to Stop Ebola? 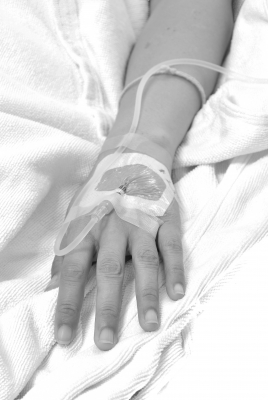 With the 2014 Ebola outbreak affecting ever-greater numbers of people in Liberia, Sierra Leone and Guinea, commentators are starting to ask whether the Centers for Disease Control and Prevention is doing enough to manage the crisis. A handful of Ebola cases have been identified in the United States, sparking fears that a local Ebola outbreak could claim lives in the United States.

The first cases of the current Ebola outbreak were reported in Guinea in 2013. The outbreak spread slowly at first, with only 49 confirmed cases by March 2014. However, when Ebola spread to Liberia, the number of cases rose rapidly. By June 2014, the humanitarian medical organization Doctors Without Borders was describing the Ebola outbreak as "totally out of control."

During the summer of 2014, Ebola continued to hit the headlines. The World Health Organization declared the Ebola outbreak as an "international health emergency" in August. Since then, the total number of deaths has continued to rise. Volunteer agencies working in the affected regions have criticized the slowness of the response of developed countries to the crisis, saying that they need far more resources to get the virus under control in Liberia, Guinea and Sierra Leone.

The CDC's response has so far mostly focused on the potential effects of Ebola in the United States. The first case of Ebola in the United States occurred in Texas, when an infected man from Liberia flew to Dallas. This patient, who was later named as Thomas Duncan, died on October 8 in hospital, but not before infecting two health care workers who had been involved in his care. The CDC admitted that infection control measures followed by health care workers in the hospital could have been more rigorous. No-one has been able to identify the breach in protocol that led to the infection of the two health care workers.

The CDC responded to the first few Ebola cases by implementing measures designed to protect the public. Airports are now screening travelers for symptoms of Ebola when they arrive in the United States. However, some experts are skeptical about the effectiveness of airport screening. Dr. Jay Keystone, from the Tropical Disease Unit at Toronto General Hospital, said that airport screening is "highly, highly, highly unlikely" to stop Ebola entering the country. This is because people can carry the Ebola virus for several days before they develop symptoms. Dr. Bruce Aylward, from the WHO, said that screening people when they leave affected countries is a far more effective strategy.

Despite the fact that at least two people have caught Ebola while in the United States, officials have downplayed the threat to the general public. In a statement designed to reassure the public, President Barack Obama said that the risk of an Ebola outbreak taking hold in the United States is "extremely low."