Is the Future of Retail in Stores or in E-Commerce? 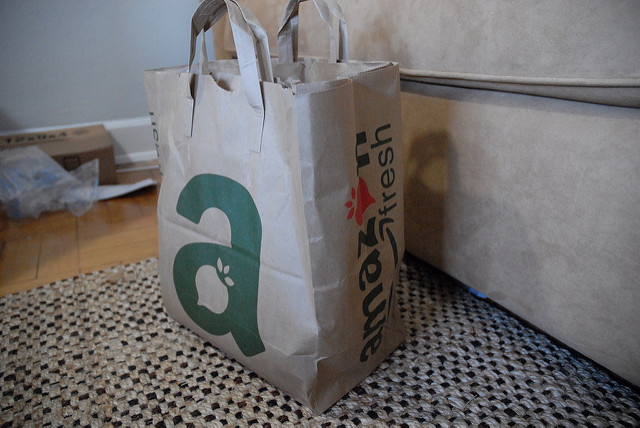 The death of in-store shopping is greatly exaggerated, according to Barbara Thau of Forbes magazine. Amazon and eBay continue to dominate online shopping, and these two juggernauts shape the future of retail in many ways. The key is that brick-and-mortar stores learn lessons from e-commerce and incorporate them into their physical stores to make the shopping experience better than before. Examine five signs that show physical stores hold the key to retail's promising future.

Amazon may be one of the world's largest retailers as an online-only model, but its 2017 acquisition of Whole Foods Market shows that the online shopping giant still has a way to go to compete with physical stores. The future of retail includes a much larger integration of delivery of e-commerce solutions, such as Amazon's vaunted warehouse system, to lot of physical locations. Amazon dabbled lightly in physical stores before its acquisition, but the merger with Whole Foods Market represents a major leap forward.

Despite Amazon's domination, nine of the 10 top retailers all started as brick-and-mortar stores. All but one of those top 10, Target, generated growth in 2016. Retailers in the top 10 include Walmart, Walgreens, Target, The Home Depot, Costco and Kroger. Aside from Walmart and Target, these chains offer specialty niches to customers. The future of retail may involve finding a niche market and taking care of customers who seek products that they can't find other places.

All of the top 10 retailers have e-commerce capabilities. However, in-store purchases are much more profitable. There are no shipping charges associated with in-store shopping because those products arrive en masse in large trucks rather than through logistics companies that deliver one package at a time. Statistics from 2012 to 2016 show that brick-and-mortar locations support e-commerce operations, not the other way around, because profit margins actually declined nearly 5 percent on average when stores took into account their online operations.

Customer experiences in physical stores lend well to the way millennials and generation Z shops. A survey from CBRE notes that 70 percent of millennials and 77 percent of generation Z, the generation after millennials, prefers shopping in stores. They love the personalization offered by clerks who help them pick out products while in-store hubs direct them to locations for their products. The future of retail means catering to these younger generations while keeping the shopping experience fresh.

To compete with Amazon, brick-and-mortar stores are buying up smaller e-commerce solutions, not the other way around. The future of retail clearly lies in a combination of both models, when you consider Walmart's purchase of Jet.com, Modcloth and Bonobos. Although Walmart is trying to compete with Amazon to gain a larger share of the e-commerce market, it's obvious that physical stores aren't going away because traditional retails are buying online-only stores as opposed to the opposite effect.

The future of retail looks bright, and physical stores hold the key to this sector of the American economy. Stores must ramp up the customer experience, cater to younger generations and make shopping as convenient as possible to continue to win the day as a hybrid model emerges in 2017.

17 Years After Launching Her Line, Designer Ulla Johnson Is At The ...
news via Refinery29