Is the NFL Oversaturating its Audience? 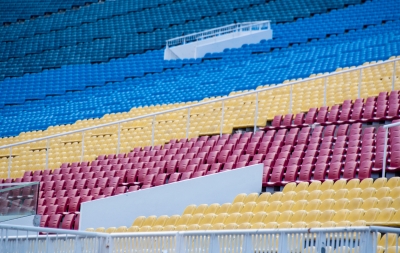 Experts have been discussing the doom of television advertising for years, insisting that online advertising and social networks will be the end. However, television advertising is still profitable, especially during football season. The National Football League (NFL) dominates television. In fact, football remains one of the few programs that still draws tens of millions of live viewers. As the popularity of activities like fantasy football grows, fans are noticing that football seems to be everywhere they look. Is there such a thing as too much football, and is the NFL oversaturating its audience?

When Fox Sports began airing NFL games in 1994, it launched a sixty-minute pregame show, which was unheard of at the time. Until then, previous pregame shows aired by CBS and NBC were only thirty minutes long. Back then, if you missed your favorite team's game, you may get lucky and catch the highlights on ESPN. Today, fans wonder how they functioned with only an hour-long pregame show and thirty-second highlights on ESPN.

In addition to having regular Sunday pregame coverage on NBC, CBS, Fox Sports, the NFL Network, and ESPN, fans can watch the new four-hour pregame show, That Other Pregame Show, on CBS Sports Network and the FOX NFL Kickoff on Fox Sports 1. If you still can't get enough of your favorite sport, you can go over the game highlights and players' statistics online and manage your own fantasy football team.

According to the CBS Sports Chairman, Sean McManus, the NFL hasn't reached its saturation level yet. This is good news for companies that are looking to invest in sports advertising slots. With the popularity of the DVR and streaming subscription companies like Netflix, many people skip the commercials, but NFL fans watch their favorite teams play live. Many media outlets cover the NFL season, so you need to determine when and where your commercials should run in order for them to be the most lucrative.

According to ESPN's Senior Coordinating Producer, Seth Markman, football fans skip around while they are watching football to make sure they don't miss a good story. However, no one wants to watch the same thing over and over. The ratings from both NFL Live and NFL 32 are proof that the same topics are covered too much. Those shows recently saw a 45 percent and 49 percent drop in ratings, so it might be wise to purchase advertising time slots during live games.

Some experts say that the reason the NFL is so much more successful than other sports isn't because the game itself is better. It's because the game is on less. Sports like basketball and baseball are on television numerous times throughout the week, but NFL football airs only on Sundays, with the exception of the Monday and Thursday night games. If less viewing days lead to more viewers, the continued increase in football coverage is bound to lower the ratings eventually.

In the meantime, football season is in full swing, and many companies are benefiting from sports advertising campaigns. If you are serious about television advertising, time slots during the NFL games or football-related shows could be extremely profitable.